Who Stands to Gain from the London Terrorist Blasts?

A Gut Reaction from Onyango Oloo... 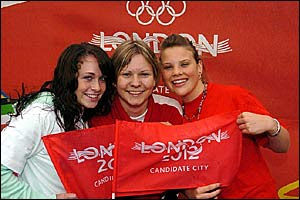 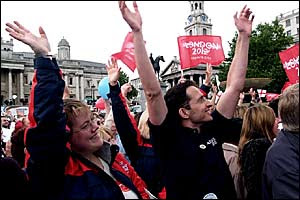 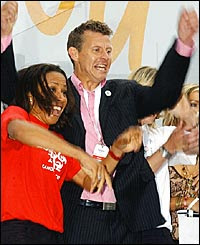 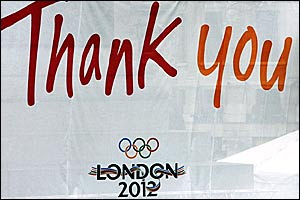 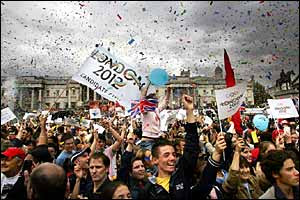 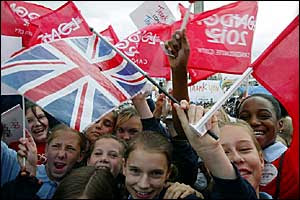 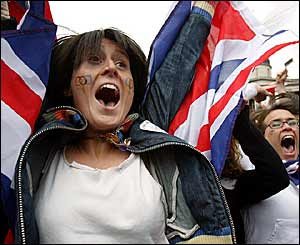 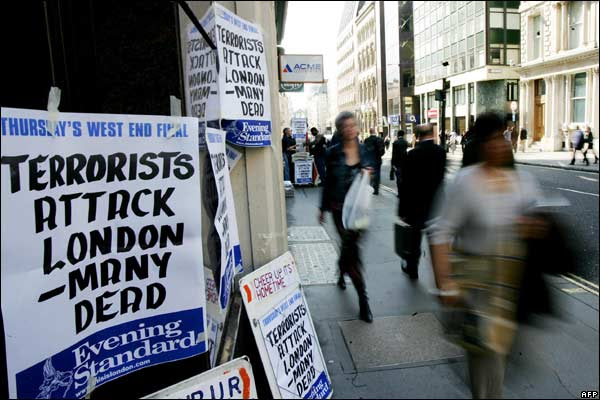 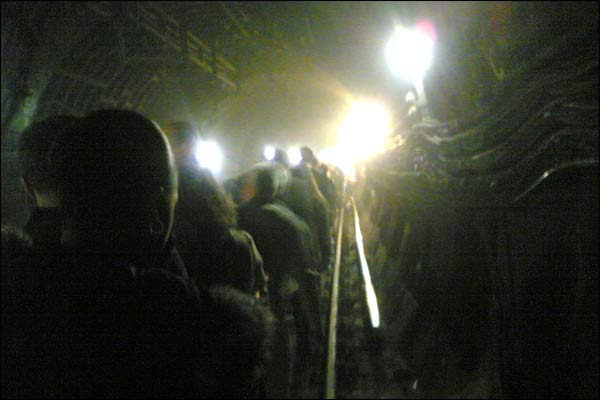 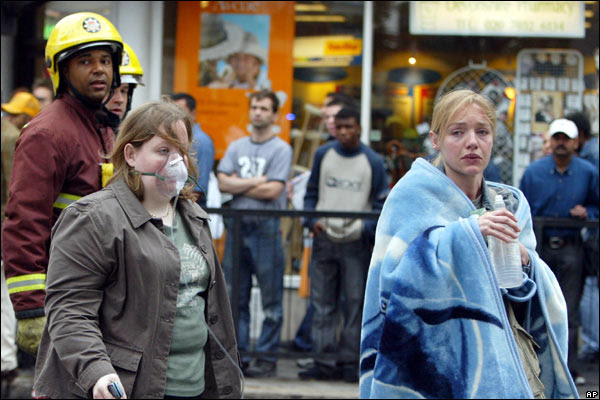 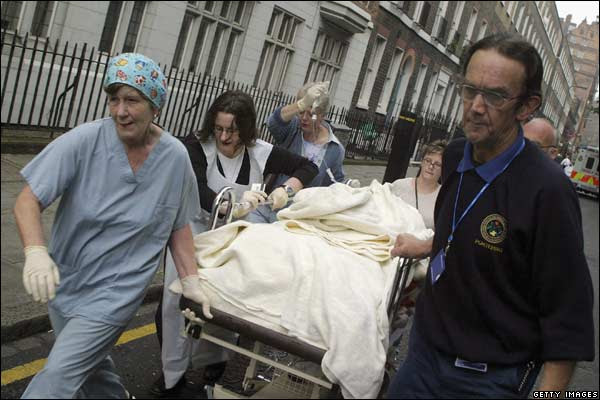 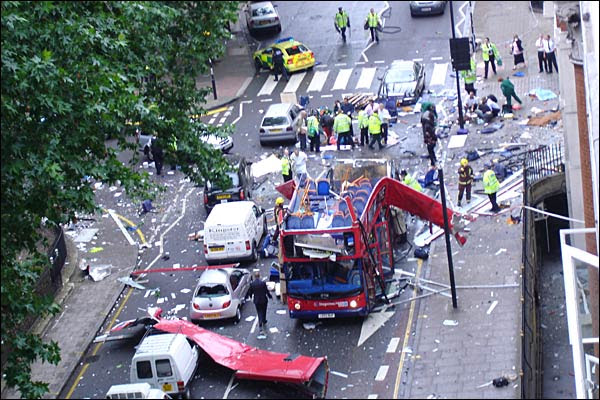 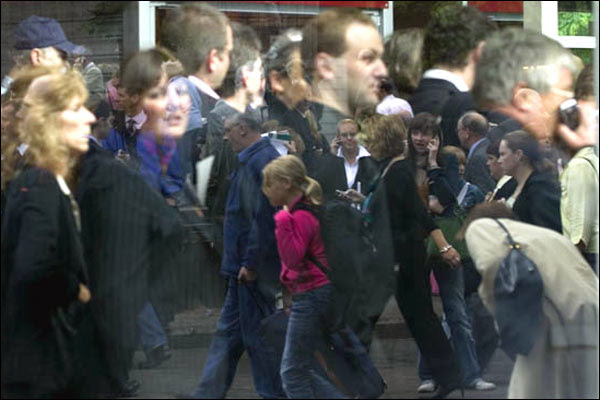 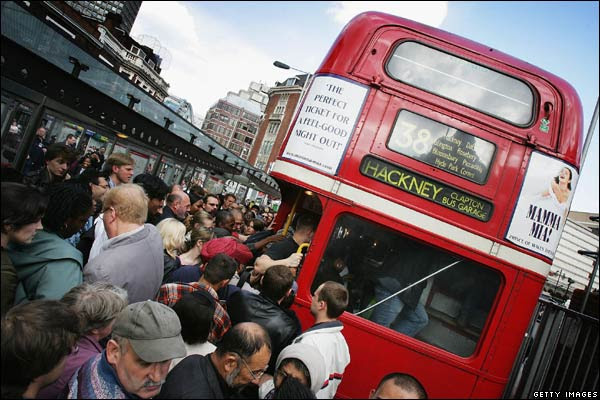 Let me begin by condemning in the most fervid and vehement terms, the latest terrorist outrage perpetrated by ice-hearted, cold-blooded killers who chose innocent London morning rush commuters as their cynical and convenient target.

Whoever they are, whatever their cause, they cannot have anything to do with social justice, progress and humane values.

There is absolutely no justification for this callous act of ruthless thuggery.

My zero tolerance for terrorism and terrorists is a long held belief. At the time of the Kikambala bombing in late 2002 I said the following:

The terrorists who target innocent civilians- be they Kenyans, Israelis or any other nationality- must be condemned in the very strongest terms possible. Terror is a weapon in the hands of people who do not believe in democracy or care about real human beings, irrespective of any bitterness felt about real experiences of oppression and marginalization. There is simply no justification for terrorism in my view.

The secondary victims of terror are usually the equally innocent and peace loving social justice campaigners and activists who are often the first to be rounded up by overzealous security forces looking for "suspects". It is for this reason that I call on all Kenyan progressives to completely dissociate themselves from any myopic celebration of the callous killings that took place in Kikambala today.
SOURCE.

Who has benefited from the carnage in London today?

Certainly not the poverty striken, struggling people of Africa and their international friends who had garnered a lot of international media attention on the question of debt relief and overseas aid.

Who has benefited from the slaughter of scores of innocents in London today?

Certainly not the millions of Iraqis who toil under foreign occupation and round the clock military bombardment.

Who has benefited from the devastation unleashed on early morning commuters?

Certainly not the millions of workers around the world who have said no to the neo-liberal agenda.

Who has benefited from the violent terror beamed live from London?

Certainly not the millions of Muslims around the world who have been stereotyped, vilified, demonized and criminalized en masse as "proto-terrorists".

Who has benefited from the frightening explosions of London?

Certainly not the environmentalists fighting for a cleaner, healthier mother earth.

I share the sentiments expressed in this Indymedia UK statement.

Who are these people?

Apparently a group affiliated to Al-Qaeda went to a certain website to claim "responsibility" for the terrorist attacks.

Blair and Bush have already concluded that "they" are "Islamic terrorists" of the Al-Qaeda variety; "they" could be Zarqawi followers; "they" could be this or that branch of the "Jihadists".

But let us remember the lesson of Timothy McVeigh and the Oklahoma Bombing before we rush to judgement.

Did the British authorities get any advance warnings about this terrorist attacks?

One is not really sure.

But according to at least one online source, the Israelis knew ahead of time.

Unsurprisingly, the Israeli government has promptly denied such knowledge.

The sad and cruel irony is that the ONLY BENEFICIARY of these bomb blasts in London may very well turn out to be George Bush and his coterie of 21st century global supercops.

On the eve of the G-8 summit Bush and his team were completely isolated on the question of the Kyoto Protocol, debt relief, the Iraqi quagmire and other international issues.

Last night I was watching

Kitty Pilgrim standing in for right wing American nationalist Lou Dobbs on the show that carries the latter's name. Some of her comments, given what was to transpire a few hours later have taken on a very creepy, prescient dimension-for me at least.

Here is what I am talking about:

"...Critically important issues vital to this country's national security appear to have a low priority at the G8 summit meeting. Those issues include the global war on terror, nuclear proliferation. It would seem world leaders have very different priorities at their summit...Some of the pressing issues that are not high on the agenda, North Korean nuclear proliferation and the emergence of Iran as a nuclear power, tensions over the Chinese military buildup. And the Taiwan Straits will only get brief mention.The summit's host, Prime Minister Tony Blair, set the agenda. Prime Minister Blair chose African debt relief and global warming. Critics say the summit's agenda misses the point..." Kitty Pilgrim on Lou Dobbs Tonight, Wednesday, July 6, 2005
SOURCE.

She was echoing what other right wing arm-chair counter-terrorists were spouting all over American mainstream airwaves.

The London bomb blasts have radically readjusted that agenda somewhat, haven't they?

So, I ask the question again:

Who is the MAIN BENEFICIARY of today's tragedy in the UK?

It is certainly NOT Al-Qaeda or Al Zarqawi.

Somebody is dragging me off this essay so I will leave it there for today. I had more to say. Perhaps later....

PS: Check out these other links:

Who Stands to Gain- another view from www.infowars.com

from the same site, someone tries to find out who was behind the bombings

What did the Israelis Know and When Did They Know It?

Was Claim of Responsibility a Hoax afte all?

Statement from the Socialist Labour Party Youth Section about the London bomb attacks, 07/07/2005

The Socialist Labour Party Youth send their deepest condolences to the innocent victims of today's bomb attacks in London and our thoughts are with those injured and the grieving friends and family.

Security analysts have today been repeating the fact that it was not a matter of if such an attack would take place in London but when. The truth is that this kind of an attack was inevitable, when you look at the actions and policies the British government carries out abroad – such as the murderous wars waged against the people of Afghanistan and Iraq, and its support for the fascistic Israeli war against the Palestinian people. What's more, in almost every country in the world you will find British companies making big money by keeping people poor and dependent and stealing the wealth of nations like Iraq - and this has been going on since long before the "War On Terror" was announced. It is plain to see that the attacks were aimed to coincide with the start of the G8 summit in Gleneagles, where the leaders of the worlds richest countries are meeting not to see how they can 'make the world a better place' but rather how to increase the super-profits that they squeeze out of the worlds poorest and most downtrodden.

Although it's not yet certain who carried out these attacks, it seems like it was an Al-Qaeda operation and we are reminded of the statement issued by Osama Bin laden two years ago where he said to the countries of Europe that if we want security we should give them security. When our government is responsible for the death of more than one hundred thousand Iraqi citizens, we are relieved that the citizens of London have not themselves been victim to attacks on the scale that Britain commits worldwide.

We believe if our country was not involved in illegal wars and occupations around the world then we would not be a target, and we call for the immediate withdrawal of British troops from Iraq and Afghanistan. The politicians and media on TV and in the papers are all trying to stop us from reaching this conclusion like the Spanish people did – they need us to believe that to do that would be "giving in to the terrorists". We say this is rubbish. This was never the British people's war, it always was and still is about oil profits. If we don't get out of Iraq and Afghanistan, we'll continue to be a target and more blood will be spilled.

We also call upon the people of Britain to stay calm and not to spark hostilities along racial or religious lines, but to work together for our common interests. Whether we're white, asian or black, Muslim or non-Muslim, we're all facing the same problems and suffering the same at the hands of this corrupt and bloodthirsty system, and us being divided only lets them get on with it. SLP Youth say that the blood spilled in London today is on the hands of Tony Blair and the Labour Party and we need to unite our outrage against them, as they are ultimately responsible.

British troops out of Iraq, Afghanistan and all occupied countries now!

We are paying for our government's greed – let's stand firm and unite against the REAL terrorists!

Insightful post. I also recommend this one from M, your fellow countryman The Terror Era