Is The Léon Mugesera Decision Relevant to Kenyans?

Onyango Oloo Tries to Apply The Implications of a Supreme Court of Canada Decision to a Kenyan Context... 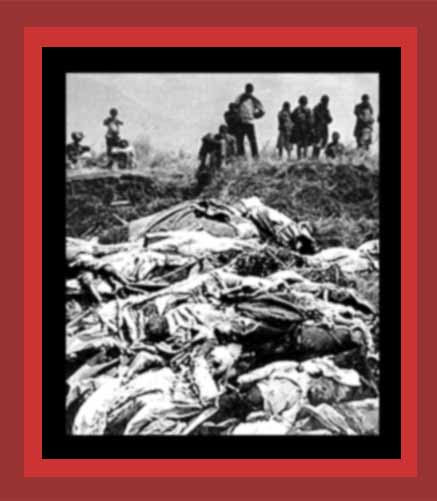 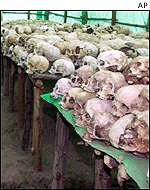 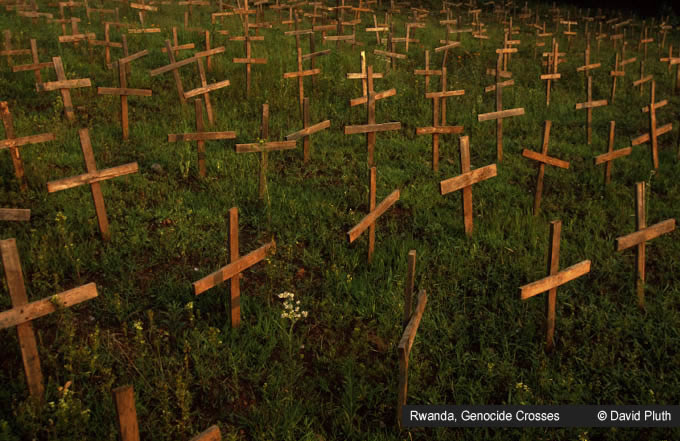 "Don't call them Inkotanyi(warriors), they are true Inyenzi(cockroaches)...Well, let me tell you, your home is in Ethiopia, we'll send all of you by the Nyabarongo so that you get there fast..."
Léon Mugesera, former university professor and Gisenyi provincial
leader of the then ruling party in Juvenal Habyarimana's Rwanda- the MRND.


NOTE:
The basic everyday meaning of the term Inyenzi is cockroach. Other meanings of the term stem from the history of Rwanda. During the revolution' of 1959, refugees, mainly Tutsi, fled the country. Throughout the 1960's incursions on Rwandan soil were carried out by some of these refugees, who would enter and leave the country under the cover of the night, only rarely to be seen in the morning. This activity was likened to that of cockroaches, which are rarely seen during the day but often discovered at night, and accordingly these attackers were called Inyenzi. A similar comparison, between insurgent Tutsi refugees and cockroaches, was made when the RPF army carried out a number of attacks in Rwanda in 1990. It was thought that the Inyenzi of 1990 were the children of the Inyenzi of the 1960's. "The cockroach begets another cockroach and not a butterfly" was an article heading in the magazine Kangura. Another article in this publication made the reference even more explicitly, saying "The war between us and the Inyenzi-Inkotanyi has lasted for too long. It is time we told the truth. The present war is a war between Hutu and Tutsi. It has not started today, it is an old one."

[Mugesera several times attacked families that permitted their children to go join the RPF, insisting that these people should leave Rwanda while they still could, because] "The time has come for us also to defend ourselves.Why do we not arrest these parents who have sent their children away and why do we not exterminate them?
I would like to tell you that we are now asking for those people to be put on a list and for them to be brought to court so that they can be judged before us. If they [the judges] refuse...we should do it ourselves by exterminating this scum..."Excerpts from Léon Mugesera's November 1992 Speech

These commandments appeared in KANGURA (Awaken) a newspaper owned jointly by the state and former Rwanda strongman Habyarimana's top aides like COL. SERUBUGA and the late COL SAGATWA. Here is the full text:

2. Every muhutu should know that our bahutu daughters are more suitable and conscientious in their role of women, spouses and family mothers. Are they not beautiful, good secretaries and more honest?

3. Bahutu women be vigilant and try to bring your husbands, brothers and sons back to reason.

4. Every muhutu should know that every mututsi is dishonest in business. His only aim is to enhance the supremacy of his ethnic group. As a result, we shall consider a traitor any muhutu who forms an alliance with batutsi in business, invests his money or government's money in a mututsi's enterprise, lends or borrows money from a mututsi, gives favours to batutsi in business like obtaining of import licences, bank loans, construction plots, public markets etc.

5. All the strategic posts, be they political, administrative, economic, military and security must be entrusted to bahutu.

6. The education sector (pupils, students, teachers) must be majority hutu.

7. The Rwandese armed forces must be exclusively hutu. The experience of the october war has taught us a lesson. No military person should marry a mututsi woman.

9. The bahutu, wherever they are, must have unity, solidarity and be pre-occupied by the fate of their Hutu brothers the bahutu both inside and outside Rwanda must constantly look for friends and allies for the Hutu cause, starting with our bahutu brothers; They must constantly counteract the tutsi propaganda. the bahutu must be firm and vigilant against their common enemy who are batutsi.

10. The 1959 social revolution, the 1961 referendum and the hutu ideology must be taught to every muhutu and at all levels. Every muhutu must spread widely this ideology. We shall consider a traitor any muhutu who will persecute his muhutu brother for having read, spread and taught this ideology.


The BIG NEWS in Canada today had to do with the Supreme Court decision upholding an earlier ruling that Quebec City-based Hutu demagogue Léon Mugesera is a war criminal who should be deported from this country because of a blood-curdling, bone-chilling hate speech he delivered in 1992 which helped to form the ideological rationalization for the Rwanda genocide of 1994.

Here is how CJAD radio is calling it.

The Globe and Mail, the big business broadsheet has also given the news item prominent coverage on its online home.

For Léon Mugesera it must feel like the middle of an awfully long soap opera where his character is about to be killed off or bumped off the series by an awful mishap. Whatever you may think of the man, give him props for resilience and sheer pit-bull persistence in fighting to stay in Canada despite the overwhelming opprobium that his very name inspires. While to many he may very well appear to be the Goebbels of the Habyarimana era, strangely enough, some civil libertarians here in Canada and elsewhere have seized on his legal tussles to make him the pin up star for "free speech".

Mugesera's loss at the Supreme Court today follows a breather for the controversial Rwandan a few years ago when he won a reprieve from the Federal Court of Canada in 2003 .

Check this out as well...

Visit this link for more background on earlier court rulings and this other one if you want to find a DETAILED report from Human Rights Watch on the Genocide in Rwanda.

Social justice activists, especially African political exiles in Canada consider the Supreme Court decision as a major decision because it bolsters the ongoing campaign to expose and expel notorious war criminals from all over Africa who worm themselves into Canada posing as "refugees" after committing terrible atrocities at home. Many of my Somali-Canadian friends have been traumatized to find themselves in the same community centres or Immigration Refugee Hearings as the very same people who used to torture and rape them back home. A Kenyan equivalent would be for a Nyayo House survivor in Toronto to be accosted by a James Opiyo or a relative of Robert Ouko to run into Nicholas Biwott living surreptiously as a "refugee" in Montreal.

In fact, the Somali community has been aggressive in pursuing war criminals lurking in their various communities as you can see from this article posted in a Somaliland Forum online page.

The Department of Citizenship and Immigration Canada has an active program to pursue and deport war criminals.

We should be concerned and remain very empathetic to the plight of the victims and survivors of the 1994 Rwanda massacre as well as more recent horrors like the Darfur genocide.

At the same time we should also try and ensure that other atrocities in Africa are not swept under the rug.

For instance, one of my good cyberpals from the Mambogani site sent me this link on what happened to the Kasai people in the Congo and it is also through her that I got more details about the tainted past of one M. Gabriel Kyungu wa Kumwanza who was appointed by the late Laurent Kabila to be DRC envoy to Nairobi in the late 1990s.

Here is a review of a book by Jean Migabo Kalere on the current genocide taking place in the Democratic Republic of the Congo. And for more additional information, I turned to this Global Security source.

As Kenyans, all this talk of genocide may seem too far fetched to have any immediate national relevance.

Today I will not rehash what I said about the lessons we can draw from the conflict in Liberia. Nor will I repeat what I said about combating state sponsored political ujambazi in Kenya or go over again what I had referred to as NARC's forgotten MOU with political prisoners.

The most important lesson I draw from the Supreme Court of Canada decision of June 28, 2005 against Leon Mugesera is a pre-emptive and a proactive one. To employ a Luo expression "chako chon ne oloyo dhi ajuoga" which loosely translated means "prevention is better than cure."

Let us not WAIT for the Mugeseras to emerge from our midst.

Let us not wait for Kenya to be rebaptized Rwanda 2006 because of ethnic conflagration caused by tribal war lords.

We must fight against ethnic based fascism BEFORE it arises.

Kenyans at home and abroad should endeavour to save Canadian, American, Belgian, British, German, French, Swedish and other taxpayers the millions of dollars, francs, marks, pounds and kronors that are needed to prosecute and deport the Mugeseras from Sierra Leone, Congo, Somalia and Kenya.

In Kenya we can start demonstrating that we are serious about this task if we begin by doing something really simple tomorrow morning around five o'clock in the morning:

Arresting people like Nicholas Biwott and James Opiyo and charging them with crimes against humanity based on evidence ALREADY compiled by the Ouko Inquiry, The Akiwumi Commission and the testimonies of Nyayo House survivors. I agree with my former lawyer Kiraitu Murungi that we can use EXISTING LEGISLATION to successfully prosecute murderers, war lords and other war criminals lurking within the suburbs of Nairobi, Mombasa, Nakuru, Eldoret, Kitale, Kisumu and elsewhere...

I leave you with this haunting piece by one, Faustin Sibomana. You can also check out this contrary opinion by the Montreal-based Michel Chossudovsky.

Reading the plight of the Kasai brings it home to me everyday what my son has lost......grandmother, uncles aunties, cousins ... yet no one knows or even knew this genocide was taking place. like the three monkeys, See no evil, Hear no evil, Speak no evil....

Thanks for your comment and for your VALUABLE assistance in researching for this essay.

Three passions,warcraft leveling simple but wow lvl overwhelmingly strong,wow power level have governed wow power level my life: the longing wrath of the lich king power leveling for love, the search for knowledge,World of warcraft Power Leveling and unbearable pity WOTLK Power Leveling for the suffering wlk power leveling of mankind. These passions,wlk power leveling like great winds,age of conan gold have blown me hither and thither,cheap aoc gold in a wayward course,aoc power leveling over a great ocean ffxi gil of anguish, reaching final fantasy xi gil to the very verge of despair. I have sought love, first, because it brings ecstasy - ecstasy so great that I would often have sacrificed FFXI Gil all the rest of life for final fantasy gil a few hours of this joy. I have sought it, next, because it relieves loneliness--that terrible loneliness in which one shivering consciousness dog clothes looks over the rim of the world into the cold unfathomable lifeless abyss.