A Brand New Fascist at the Vatican on Hitler's Birthday In 1933 the Vatican signed a Concordat with Germany. Signing the Concordat is Cardinal Pacelli (later to become Pope Pius XII). By 1933, he was the Vatican Secretary of State. Seated second from his left is Franz von Papen who was the Papal Nuncio to Germany. Standing at the far right can be seen the little known Vatican prelate, Montini, later to become Pope Paul VI.

1.0.The Holy Inquisitor Becomes Benedict the Pope on Hitler's Birthday

Is what I would shout today, were I a NAZI sympathizer comemorating the birth of the notorious racist German mass murderer.

Is what I would say, were I a German speaking Catholic fundamentalist delirious about the ascendancy of my compatriot the cardinal to the holiest seat in the Holy See. 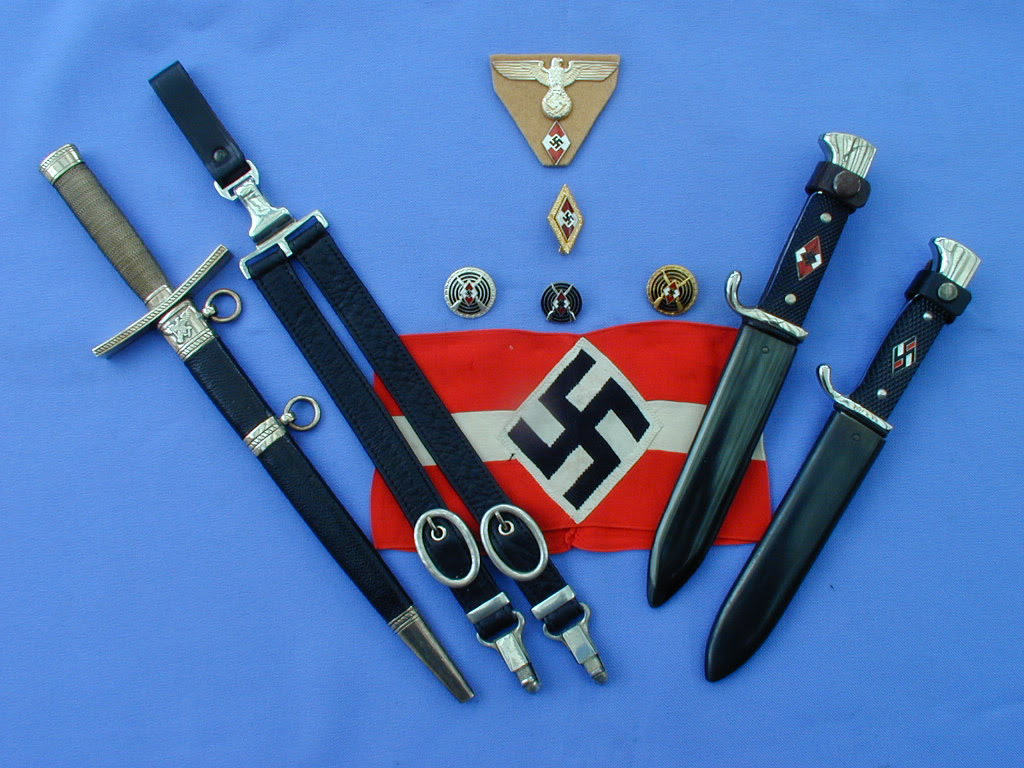 According to the British Sunday Times and other media outlets the new pope was a young NAZI thug who later on served in a German army that he could have easily avoided had he so wished.

The former Joseph Cardinal Ratzingerportrays himself these days more as a prisoner of historical circumstances even though his actual record as an extremely intolerant right wing Catholic witch hunter would easily qualify him for a theological Hitler.

Here is how John L. Allen, a Catholic journalist has described the ageing man who has just been selected to be the transitional head of state at the Vatican:


In May 1985, Ratzinger notified Franciscan Fr. Leonardo Boff that he was to be silenced. Boff, a Brazilian, was a leading figure in liberation theology, a Third World theological movement that seeks to place the church on the side of the poor. Boff accepted Ratzinger’s verdict and withdrew to a Franciscan monastery in Petrópolis, outside Rio de Janeiro.

Some days later, a sympathetic Brazilian bishop visited Boff to make an unusual proposal: Boff should study all of Ratzinger’s writings, including the just-published Ratzinger Report (a book-length interview with an Italian journalist in which Ratzinger voiced gloomy views of church and world), and then draw up an indictment accusing the cardinal of heresy. It would be a theological form of fighting fire with fire.

The conversation was reported by Harvard theologian Harvey Cox in his 1988 book on the Boff case. According to Cox, Boff said he wouldn’t subject anyone else to the kind of inquiry he had faced.

Nevertheless, the fact that a Catholic bishop could seriously envision pressing charges of heresy against the church’s top doctrinal officer -- even if it was more a political gambit than a sober theological judgment -- illustrates Ratzinger’s remarkable power to polarize.

* Theologians disciplined, such as Fr. Charles Curran, an American moral theologian who advocates a right to public dissent from official church teaching; Fr. Matthew Fox, an American known for his work on creation spirituality; Sr. Ivone Gebara, a Brazilian whose thinking blends liberation theology with environmental concerns; and Fr. Tissa Balasuriya, a Sri Lankan interested in how Christianity can be expressed through Eastern concepts;
* Movements blocked, such as liberation theology and, more recently, religious pluralism (the drive to affirm other religions on their own terms);
* Progressive bishops hobbled, including Archbishop Raymond Hunthausen of Seattle, reproached by Rome for his tolerance of ministry to homosexuals and his involvement in progressive political causes, and Bishop Dom Pedro Casaldáliga of Sao Félix, Brazil, criticized for his political engagement beyond the borders of his own diocese;
* Episcopal conferences brought to heel on issues such as inclusive language and their own teaching authority;
* The borders of infallibility expanded, to include such disparate points as the ban on women’s ordination and the invalidity of ordinations in the Anglican church.

Indeed, it would be difficult to find a Catholic controversy in the past 20 years that did not somehow involve Joseph Ratzinger. Part of that is the nature of the job, but no other 20th-century prefect of the Congregation for the Doctrine of the Faith -- perhaps none ever -- has enjoyed Ratzinger’s high profile or his centrality to the life of the church. He and John Paul are men who believe that ideas count, and Ratzinger has prosecuted what he considers dangerous ideas with vigor. Whether his tactics and ironclad sense of certainty are more dangerous than the ideas he has attempted to suppress is a question that cuts to the core of some of the deepest divisions in the church.

After extensive interviews with leading Catholics, both friends and foes of Ratzinger from the United States and abroad, and after digesting thousands of pages of his writings and writings about him, three key insights about Cardinal Joseph Ratzinger -- Ratzinger the Vatican official, if not the man -- seemed to surface repeatedly:

* He sees his work as a defense of human freedom;
* He is convinced that he and John Paul are the rightful heirs of Vatican II;
* He believes time is on his side.


See Ratzinger's sordid role in the Opus Dei right wing coup that ushered that other right winger to the top seat of Catholicism by clicking on this Counter Punch link.

The best thing to happen to Christendom in the 21st Century is to witness the long running pro-life, anti-communist, homophobic John Paul II die and be succeeded by the even more demented misogynist, intolerant throwback to the Spanish Inquisitor who is now calling himself Benedict the Sixteenth.

The far right, fascist euphoria over the election of the former Hitler Youth winger is going to prove very ephemeral.

What better thing to happen to social justice activists world wide than have the reselection of the dimwit in the White House followed by the confirmation of another jackass in the Vatican?

Can you imagine a pope who makes millions of Catholics cringe in horror?

Can you imagine a German who is hated by millions of German Christians?

What better way to liberate modern Catholicism from its medieval cobwebs than to have the Holy Inquisitor himself emerge from his 16th century crypt?

What better way to alienate the two thirds of Catholics living in Latin America, Asia and Africa than to elect one more imperious, haughty European cardinal when there were literally dozens of worthier candidates from the South!

Me thinks that the election of Benedict XVI was a dark communist plot.

Because in the long run, it is only the left wing, more progressive forces in Catholicism who will turn out to be the real winners. The kind of outmoded fundamentalist horse manure that Benedict XVI is gleefully planning to feed the restless Catholic flock will turn out to be the main ingredients of his humble pie. Hopefully he will expire from old age and played out traditionalism before a brand new child becomes a terrible two.


There is something to be happy about on this particular anniversary of Hitler's birthday after all.


3.0. Is the World Ending in Seven Years Exactly?

Superstition has made a major come back inspite of the tremendous scientific and technological advances that humankind has made in the twenty one hundred years of the Christian era alone. You would assume that people were still believing in the Flat Earth theory if you were to entertain the kind of paranoid foolishness you find on discussion forums like Mashada, where one delusional poster is convinced that Ratzinger's coup is a fulfillment of some obscure, centuries old warning by some benighted old coot called Malachi who said something about the world ending with the election of the 111th Pope after sijui fulani bin nani. Get a grip folks. Benedict XVI will croak in a few years and your still unborn grand children will have their great grand children OK?

On a related note, my own fourteen year old son tried to instil the same terror in me when I was in Toronto recently, but in his case he cited the other failed prophet, Nostradamus.

I tried to reassure him that it was a whole bunch of inedible baloney that he should spit out immediately- but he went on to invoke the Bible(yes he is in a Bible study outfit, and yes, I am still a Communist) the Koran and the Torah. He had in the meantime managed to convince his two best friends, a pair of Somali twins his age that the world would end before the trio of them saw their twenty third birthdays.

I promised him that I would unearth the source of his mystification and thus liberate him from unnecessary terror and nightmares. Personally, I think that people who terrify kids with such unscientific drivel should be burnt at the stake, then hanged, then drawn before being quartered-if that is at all possible.

It turns out that the seven year prediction should not be blamed on Nostradamus after all, but the ancient Mayans, the indigenous people of South America who are credited with inventing the first calendar.

If you go to this link you will find it all there in black and white:

But wait a second.

There is a twist in the tail of this tale.

Turns out that the

Mayans and other Indigenous peoples of Turtle Island are much smarter than we give them credit for.

Yes, they still affirm that the contemporary world is ending in 2012. And they are actually quite happy about that, because they see little to celebrate in the world as it is today.

In fact they look forward to the death of the Old World and the birth of the New World. One of my co-workers here in Montreal, a young Belgian activist who grew up in Mexico explained to me that plans are at a very advanced stage to celebrate the momentous and pregnant promise of the End of the World celebrations in 2012.

You can glean more about this from this link.

And you too, can google, ama niaje tena? Wacha kusleki, I say...

I have a radio show to produce and host. Today it is going to be sizzling on DUNIA I promise.

A review of a Luo-English Botanical dictionary; exploring the Cuban connection in Tanzanian music through a tribute to Salum Abdullah and the Morogoro based Cuban Marimba band. We will showcase Papa Wemba singing with Orchestra Aragon, Samba Mapangala appearing on a recording by Patato- hailed as the greatest living Conga player in the world, Sam Mangwana and his rumba and Ricardo Lemvo and his Los Angeles based Congolese salsa... ckut.ca is the link to bookmark...

Very good piece of writing Onyago Oloo.
For once I fully agree with you 100%. This person is not liked very much in his own country as you have said - some people are expressing "shock" that this could have happened. He will not compromise the church's position despite numerous calls for reforms.

It is the saddest thing for developing countries. People will continue to die from Aids, freedoms will be cut and so on. The faith is definitely under siege.