There is a Hole in Our Bucket...

First of all, have you even heard of the name Harry Belafonte? If you are a Kenyan and answer in the affirmative, chances are that you are over thirty-five and/or politically conscious. If you shake your head in befuddlement and you are from the same country, chances are that you drank copiously from Nyayo's 8-4-4 school milk or that you are a heavy metal/punk rock or hip hop fiend.

How do I know?

Well I am just being arbitrary, but I would like people to honestly say if they disagree with my whimsical demarcation.

But if you do know Harry Belafonte, which Belafonte do you know or remember?

Do you remember the Calypso heart throb of the 1950s and 1960s, the first person to sell over a million records, the first African-American to produce his own television shows and films 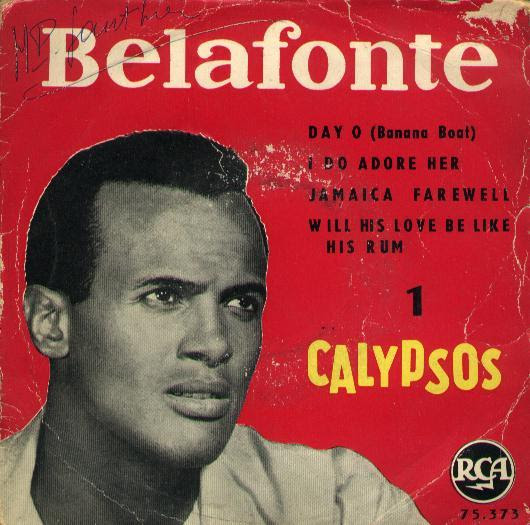 Or do you remember the stately anti-apartheid icon of the 1980s and 1990s, the force behind the success of the We Are The World Ethiopian monster famine relief fundraiser, the fierce opponent of Bush's far right neo-fascist policies and the the eloquent eulogist at the Ossie Davis memorial?

I have never met Harry Belafonte, but I know he is the same man. Rarely has a mainstream pop icon as Belafonte doubled as a respected human rights campaigner of his stature, combining his entertainer role with his vocation as a life-long activist.

For those 8-4-4 chipukizis and the heavy metal grey beards who are meeting him for the first time in this digital essay, perhaps a good place to start will be this biographical sketch which is augmented by this wikipedia profile.

Each time we arrive at a new level in extricating ourselves from economic, social, spiritual domination, we have a moment when we dance in the world of these new experiences, only to find that the music soon stops, the dance ends, and we’re struggling once again to save ourselves from being thrown back into those conditions.

is drawn from this site.

2.0. Why On Earth Am I Yakking About Belafonte?

Because I want to share with you one of his funniest songs. You know the one about the hole in the bucket?

Even better. Don't you worry.

I am here to help YOU.

Yes, I am talking to none other than you- yes, YOU.

Let us start by familiarizing ourselves with the LYRICS.

Please try and commit those words to memory.

Now here is what you can do, if you feel so inclined.

I mean, it is YOUR choice, no biggie to me-you decide.

You could- and again, the choice is yours- you could go ahead and

Or you could just ignore it.

I mean, what's gonna happen? I am not going to leap from this page and spit squarely in your right eye or something like that, you know...

Let us pretend for a second.

Let us pretend that Onyango Oloo is an economics guru for a minute OK?

I want to introduce a new buzzword into the Kenyan political economy lexicon.

And it is this:

The Hole-in-The-Bucket Law of Neo-Colonial Investments in Kenya.

The unscientific "law" stated simply and "formally" is as follows:

"Investing in the current Kenyan economy is like pouring water in a bucket with a hole in it and expecting to find the bucket full the next day."

Mark you this law does NOT mean that speculators, foreign exchange swindlers, real estate developers, white collar criminals, cabinet ministers, fly by night corporate shells and other familiar mainstays of a neo-colonial economy will fail to make a killing over dubious, often corrupt politically connected wheeling and dealing here and there. The rich will continue getting richer; the unscrupulous will hit the occasional jackpots and the sleazy gate-keepers connected to Treasury House will continue building new mansions in Runda, Nyali and other bwanyenye locales in the surburban peripheries of Kenya's major cities and towns.

But this theory will hold true for major long term investments in the PRODUCTIVE sector of our economy- the only sector which in my opinion can be a reliable indicator of the internal exuberance and relative autonomy of our economy.

4.0. Should We Fix The Hole in the Kenyan Bucket?

Why do I advance the Hole in the Bucket Law for the Kenyan Economy?

Simply because it is true.

Since 1963 we have seen literally a handful of Kenyan families mushroom to be millionaires, multi-millionaires, billionaires and multi-billionaires. I am talking about the Kenyatta family, the Moi family, the Kibaki family, the Chandaria family, the Biwott family, the Nyachae family and the handful of other filthy rich families. The Kenyatta family, for instance, owns land which is the size of the entire Nyanza province. Officially the two richest people in Africa are Nicky Oppenheimer of the South African DeBeers conglomerate with a net worth of £2.8 Billion and Onsi Sawiris with an estimated fortune of £2.1 Billion. Yet we do not know where the Mois and Biwott's really stand because like the Mafia barons of Italy, their lucre is wrapped in a thousand shady blankets of blood-curdling senior state secrets that are often sealed by murder, bribes and destruction of records.

In spite of their collective wealth- largely derived from the milk cow called the neo-colonial state apparatus- we see the Kenyan economy sinking deeper and deeper in the doldrums with reports indicating that 10 million Kenyans could be facing starvation in a few months.

In the meantime, those who have not yet joined those rarefied ranks- like the Murungarus, the Ndwigas and the others are desperately using their government positions to get there.

And even outside the ruling bloc we see many politicians hoping to use anything- including the fact that they are elected members of parliament kujitafutia utajiri na makuu. Nothing illustrates this more starkly than the story I saw on Kenyan parliamentarians making fake mileage claims.

Boniface Mghanga, he of the famed

Muungano National Choir and now KANU MP for Voi. Less than a year ago, on Saturday, June 5, 2004 I saw him in Toronto as an ordinary MP visiting Canada. Today he is an assistant minister. But it is as an MP that he was ILLEGALLY overpaid to the tune of a whopping Sh537,875. The person who is touted by the LDP

as posing a very strong challenge for the presidency come 2007,

Kalonzo Musyoka was also the beneficiary of a dubious payment of Sh516,111.

Both men by the way, if I am not mistaken claim to be very devout Christians.

Can these political hyenas protect the poultry farm which is the Kenyan economy?

Not as long as they hanker for their next meal- of chicken meat served rare, dripping with fresh blood.

Fixing the Kenyan neo-colonial economy is akin to trying to fix the hole in the bucket in Belafonte's song-an impossible task.

In other words both Liza and Henry in the Belafonte song should have realized that they need to throw out that old bucket with that hole in it if they want to any kind of water.

They need a new bucket.

A bucket WITHOUT a hole in it.

The trick is NOT to tinker with this or that aspect of the Kenyan economy- the trick is to create a brand new economy based on new relationships and new values.

I have tried to suggest one way in which we can try to bring social prosperity in Kenya.

I am pretty you have even better ideas.