Oloo Takes a Stab at Tsunamis, Global Warming, the Kyoto Treaty and the Environmental Challenges for Kenya 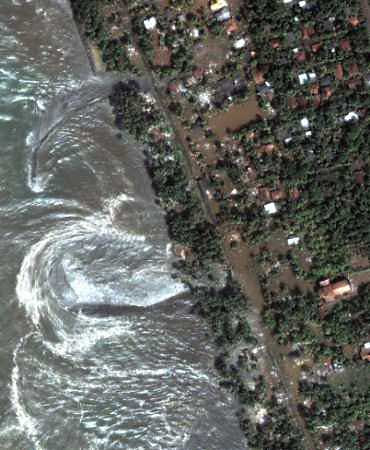 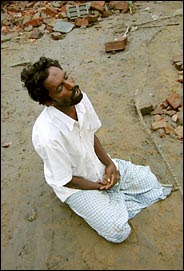 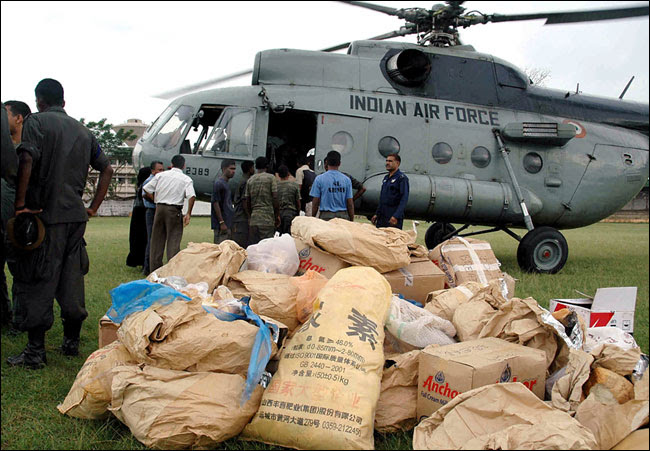 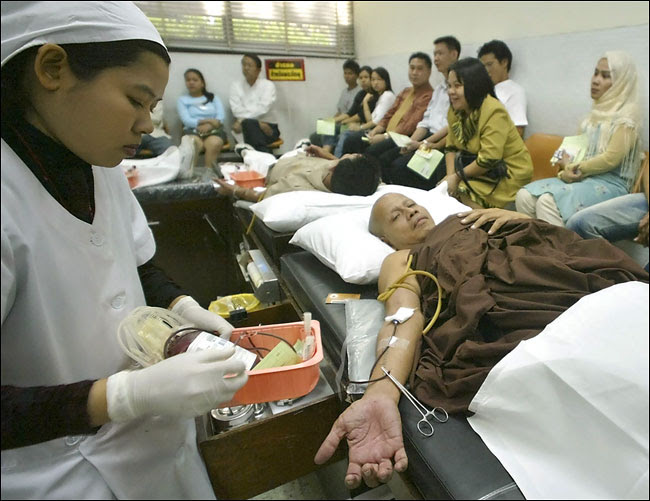 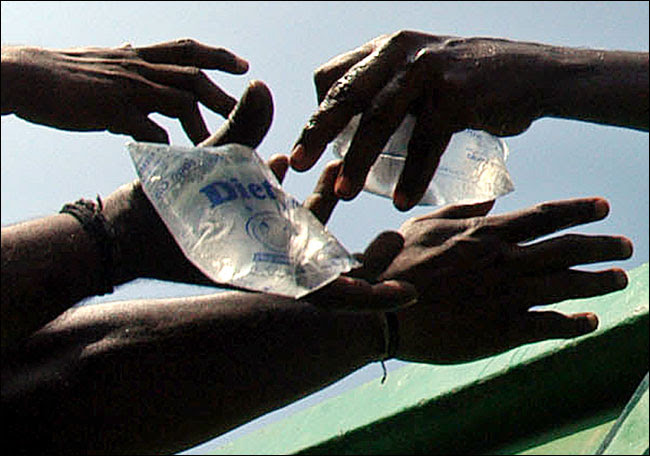 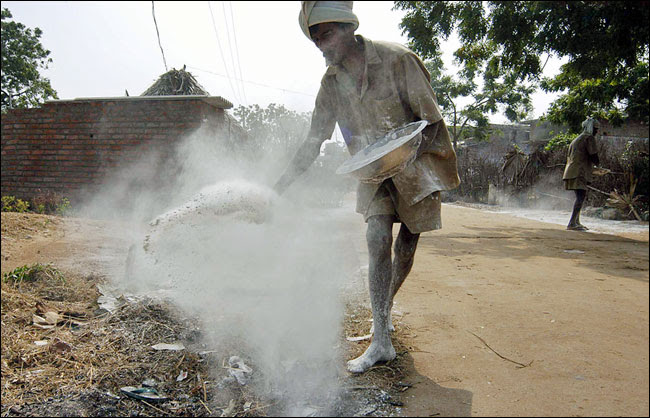 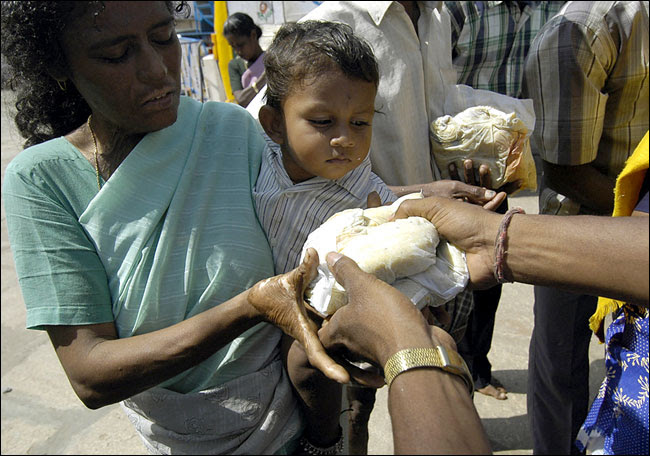 The VERY LEAST we can do, those of us who are not frozen cadavers vegetating and rotting where death surprised us, those of us who were left behind to bear witness, those of us who are alive while thousands are lifeless in morgues and other locales, the very least readers of the Kenya Democracy Project blog can do at this very moment is to stop whatever we are doing right now and reflect for one hundred and twenty five seconds-with each second representing one thousand women, men and children done in by the tsunamis or the after effects of the same. Perhaps we can add an extra five seconds after that when we think of the thousands left dead, homeless, penniless and devastated by the hurricanes, earth quakes, ice storms and other human assisted “natural calamities” that have bedeviled Mother Earth for the last little while.

One British newspaper report tells us that this tragedy( more properly, series of tragedies) has left more than 5,000,000 in 11 countries without the basic necessities of life.

Even as we update these lines, there are breaking news reports from Scotland(December 30, 2004) warning of a fresh wave of tsunamis prompting panic and evacuation in Asia...

There is a one stop site where you can glean a lot of the SCIENTIFIC BACKGROUND to the tsunamis.

Watch the following streaming video clips depicting the tragedies, starting by taking a closer look at what happened in Indonesia followed by
Thailand and
Sri Lanka.

There are more videos and pictures accessible at this link.

Next, as you continue to reflect, listen to these songs like
Another Day in Paradise by Phil Collins...

And a couple of offerings by- 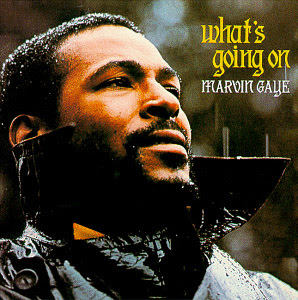 Marvin Gaye- his plaintive plea for the environment called Mercy
Mercy Me and his social justice anthem, What’s
Going On?

After which you should be ready to hear

Jimmy Cliff Can
See Clearly Now and make it easier to see why the legendary African
supergroup of the seventies,

Osibisa did a joyful celebration of a Sunshine Day. We then hear words of
encouragement from Sting,

Peter Tosh exhorts us to Get
Up, Stand Up for our rights… and not forgetting the unforgettable
rendition by

Nana Mouskouri of a
very famous song as she celebrates the freedom of a bird flying in the
sky as captured in the classic ballad, Una
Paloma Blanca which in turn evokes and Eagle, the monster chart topper by Swedish pop superstars 
2.0. Hurricanes and Tsunamis: A Symptom of Global Warming!

The MYSTICAL, the STONED, the DEMENTED and the CERTIFIED WEIRDOES among us see the spate of tsunamis, hurricanes, floods, droughts coming back to back in a world already ravaged by wars, AIDS, nuclear arms proliferation, raging social controversies around issues like homosexuality, abortion and HIP HOP believe it or not, as indicators that we are already DEEP DEEP into the final, final rounds of Siku za Kiama and soon we should see the Prince of Peace battling

the EVIL ONE that the Luos call

Obel Sibuth, and most know simply as the

SATAN aka Lucifer. If we were to listen to these End of Time Millenarians,these Prophets of DOOM, these...

ARMAGEDDON is upon us and we better scoop up those canned beans, bottled water and pitch up those sturdy tents because the so called END is allegedly NIGH. I tell them to take a chill pill and reschedule their appointments with their shrinks or reduce their intake of whichever mind altering herbal or chemical substances they have been ingesting. I firmly believe that THERE IS SIMPLY NO WAY THE WORLD COULD POSSIBLY END BEFORE KENYA HAS SUCCESSFULLY STAGED THE FOLLOWING EVENTS: 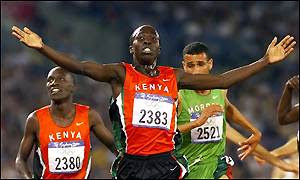 The World Cup of Soccer
(c)

The Miss World Pageant and
(e)

The WNBA Finals
(i) 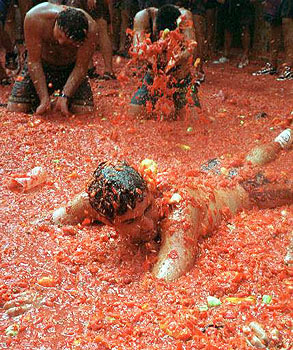 If you are a woman, please do not dump that oh so, so secret hunk of a lover that you have been stashing away across town from your husband who is always late coming home because of "a meeting at work”.

from the daily Taebo workouts.

And if you are a guy, please there is no need to KNOCK YOURSELF OUT with thirteen washikaji-because the Viagra overdose will surely kill you before the Anti-Christ aka as 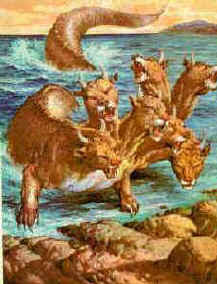 More seriously, though, we are in a LOT OF TROUBLE as far as the environment.

Global Warming 101 is a must for anyone who wants to go beyond those placard waving lunatics who see in the latest weather forecast the fulfillment of ancient prophecy.

Get more of the dossier here.

Here is where you go for a refill.

A blogger in Los Angeles is STRESSING that though we should DEFINITELY be WORRIED SICK and SLEEPLESS about global warming, the CURRENT spate of tsunamis can NOT be directly linked to the phenomenon.

Meanwhile, someone called Rajiva, writing in the alternative publication Counterpunch is musing loudly about a
possible connection between tsunamis and nuclear testing.

There is an organization in the United States that has started a very commendable campaign. Read about their concrete proposals to develop policies for a carbonless energy paradigm.

For the last twenty years, I have been following keenly the raging debates about global warming, pollution, alternative energy sources, corporate devastation of rain forests and the environmental disasters left behind by the Barrick Golds, Tiomins, Alcans and other mining transnational monsters.

On Sunday, May 11, 2003 I was glad to have the opportunity of interviewing

the author of Power Down

and the Party's Over.

You can hear the interview by first opening this
link.

Here is a left wing perspective on global warming from Australia.

This November release from the United Nations outlines some of the things that can be done to stop global warming.

If you still need evidence that global warming is not just a fantasy, please read this article.

And one cannot speak about global warming without talking about the Kyoto Protocol.

If you have trouble following the jargon in the Kyoto document, try
this primer that breaks it all down for you…


3.0. Bringing it Home to Africa and Kenya

As we saw over the last few days, our country has not been spared from these particular tsunamis, which, as we have pointed out, are not thought to be directly linked to some of the ramifications of global warming.

One quick glance at the the hot map of Africa will not give us ANY REASONS to sleep soundly. On the contrary, fellow wananchi.


This document actually makes the case that Africa is the place hit
hardest by global warming.

The glacier on top of Mount Kenya is disappearing at an alarming rate.

Joseph H. Kinuthia of the Kenya Meteorological Department wrote a wonderful piece on what might change in southern Africa as a result of global warming. Read his contribution by clicking on this link.

and if you open this other link, you will find out about the following:


Kenya’s famous and fabled coral reefs may all be gone, if what they are saying here is correct.


Nothing could have shone a brighter torch on Kenya than the Nobel Peace Prize to Kenyan environmentalist, academic, activist and politician

Prof. Wangari Maathai who wasted no time in lambasting George Bush for failing to ratify the Kyoto Accord and her Nobel lecture was very well received around the world because of the way she was able to weave the interlocking themes of environmental protection, social justice, gender rights, global equity and world peace into the same presentation.

One Catholic grouping saw a lot of moral ramifications in this year's Nobel Peace Prize selection. Professor Wangari Maathai's speech of December 30, 2004 shows that she is warming up to her social justice and activist credentials as she exhorts Kenyans to push for sustainable development built on three pillars of good governance, democracy and peace.

Here is not the place to list all the environmental challenges thrown up by global warming in Kenya. Looking at my clock radio I have to break from this all night vigil to dash over to CKUT studios to present the December 29, 2004 edition of DUNIA.

But before I go,I have one practical suggestion of how we as a Kenyan nation can lead by example.

Let us start with parliament and the cabinet. I suggest we pass a law BANNING those gas guzzling sports utility vehicles and limousines for MPs, assistant ministers and ministers. I am talking of the tax payer funded or subsidized vehicles. Let the MPs use their “modest” salaries to buy their own damn cars, if they do not already have them. Yes, take all of those cars and INSTEAD OF SETTING THEM ON FIRE in a huge bonfire the way Moi did with the tusks, sell them off in an auction and have the proceeds go to a worthy cause like supporting Kenyans living with HIV/AIDS, women combating domestic violence, street children trying to lead a normal life or reformed ex prisoners looking for a second chance to start over.

Actually here is an even better suggestion. Have the MPs exchange their cars for bicycles (healthier, cheaper, better for the environment) but do not stop there.

Have a
special shuttle matatu pick them up around a QUARTER TO FOUR in the morning and deposit them at Nyayo Stadium where a National Athletic hero like Kipchoge Keino, Ben Jipcho, Mahmoud Abbas, or JJ Masiga can be detailed with the task of supervising their “TIZI” from 4:30 am SHARP to 7:30 am at which point one of our female New York or Boston Marathon champions like Mary Okayo would lead them in a brisk jog all the way from Nairobi West to the parliament buildings. That's right! They certainly need exercise that is a little more strenous than merely lifting a warm chupa of Tusker to their overfed lips as they wait greedily for the nyamachoma every evening at that makuti thatched oasis with nyumba ndogo or ndogo ndogo number twenty seven cooing in their left ear as their personal aides whisper directly into the ear drum located on the right side of their bodies, detailing the latest devious,tribal plots of their rivals from the last elections...

They will
NOT die.

On the contrary, they will actually live longer, GUARANTEED, your money back NO QUESTIONS ASKED.

PS. Here is the other essay I wrote not too long ago on environmental issues-dealing with Lake Bogoria and what not...

Hey it has been a long night and I am out of this blog.