CLICK HERE TO LISTEN TO THE SEPTEMBER 8th EDITION OF DUNIA Featuring Profiles of Denmark based, Somali diva

and Toronto based South African sangoma, actress, clairvoyant and chanteuse,

That is exactly right.

I do want to talk about Vandana. Then I want to say something about Swadeshi in the course of linking TRIPS, Genencor and Lake Bogoria.

If you are wondering what the heck I am on about or if someone spiked my kahawa with some wicked liquid marijuana, then perhaps you need to read beyond this paragraph.

That is the easy part.

First of all, here is how she looks like: 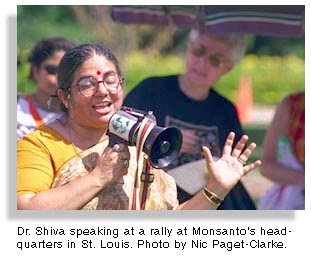 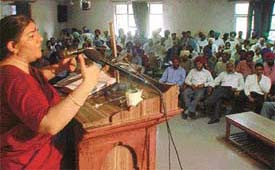 Here is how she SOUNDS LIKE- first go HERE

Here is her CV

And the Seed Keepers

Or this other one on the recent Indian elections

Let me tell you something:

Vandana Shiva told me that just now in the above article on the Indian elections.

Here is what she says:

Central to India's movement for freedom from colonialism were the concepts of `Swadeshi' and `Swaraj'.

Swadeshi is the spirit of regeneration, a method of creative reconstruction in periods of dependency and colonization. According to the Swadeshi philosophy people possess both materially and morally what they need to evolve and design their society and economy and free themselves of oppressive structures. Economic freedom according to Swadeshi is based on endogenously driven development rather than externally controlled development.


Swadeshi for Gandhi was a positive concept based on building what a community has in terms of resources, skills, institutions and transforming them, where they were inadequate. Imposed resources, institutions and structures leave a people unfree and are non-sustainable. The collapse of the Nehruvian model based on import substitution rather than endogenous development shows how patterns of development which do not emerge from self-organization cannot be sustained.


Swadeshi for Gandhi was central to the creation of peace, freedom and sustainable development. Swadeshi is based on people's economies and their ability to organise themselves. Swadeshi or self-organisation in economic affairs is the basis of economic freedom, and without economic freedom, there can be no political freedom, or self-governance and self-rule.


Swadeshi is not obsolete in today's context. It is more relevant than ever before. It is the creative alternative to both the rule of the centralized national state under the Nehruvian model and the rule of global corporations and global institutions such as the W.T.O. Economic freedom requires reduced control of the state and reduced control of World Bank, IMF, W.T.O. and the G-7 and Global Corporations.

Economic freedom is more freedom for the people of India to have secure livelihoods, to have control over the policies and resources that make their livelihoods. The contemporary discourse on `Swadeshi' and `Swaraj' has however been severely distorted by the discourse on globalisation.

First start with this overview from the World Trade Organization before you look at the TRIPS document itself.

SUGGESTION: Perhaps it would be a good idea if you actually took the time to read it, you know what I am saying? It cannot hurt, you see.

Now that you have plowed through that legal jangwa-msitu, it is time to see some less laudatory assessments of that controversial agreement, like these frank comments from my ideological cousins in Australia, these fellow travelers from India

and this report from the Phillippines not forgetting the very interesting story about
US Patent No.5,723,765and the even more fascinating one about
golden rice and antiviral tomatoes and please do not ignore this illuminating look at biotechnology and the environment done by Shaikh Mizan

Get it straight from the mdomo of the actual farasi

Check out Genencor products and servicespaying PARTICULAR attention to their Enzyme offerings.

Since GENENCOR has spent some time mulling over this subject, why don’t THEY tell us?

You are looking at it: 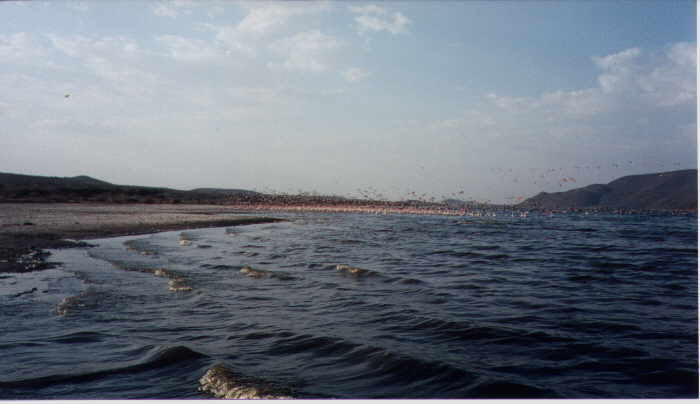 Well since you asked, here is your answer

Well, how about if you clicked on this link and then read this one as well

Aha! Now YOU get the point?

Do not be such a cynical smart alec next time OK?

PROFESSIONAL intellectual thieves have been busy carting away extremophiles from East Africa to go and line the pockets of the moguls of high flying bio-technology thievery corporations in North America.

The tragedy of the continuing imperialist plunder of Southern resources in the 21st century has not only to do with its blatant nature, but its complexity. Here we are thinking that the looting of Goldenberg was a major scandal- but if you look at the quiet, semi-legalized plunder of our natural resources it is simply astounding to contemplate the magnitude of the centuries long plunder of the Third World which has ensured our chronic underdevelopment even as the West increases its ill-begotten gulf in terms of prosperity.

We are actually proud, are we not, as the Kenyan Nation that we have allowed a minor mining Canadian company, Tiomin the carte blanche to strip mine for titanium for fourteen years as if we have died and landed at the pearly gates for a brief chat with that saintly Pete before we slip into that everlasting party in the mythical skies.

And yet, here is what the strip mining ( click here as well) will leave behind at the Kenyan Coast region in a decade and a half from now: See this other story also

The struggle for democracy in Kenya is by its very nature, multi-faceted. We have been too preoccupied by the storms in the neocolonial comprador bourgeois tea cups to pay heed to the FACT that the MOST FUNDAMENTAL struggle in Kenya is the struggle for ECONOMIC democracy and independence.

Unless and until we wrest back control of our natural, human and other material resources, any multi-party contestations for narrow minded political power will remain infernal and incessant JOKES as the international capitalist robber barons continue to collude, sometimes with our country’s leading scientific and professional minds to loot, privatize, expopriate, repatriate our wealth whether this be titanium, or as in the cases of Lake Bogoria, extremophiles.