This essay, dedicated to the victims and survivors of the Moi-KANU regime’s state terror against peace loving and democracy seeking Kenyan social justice activists, examines the convoluted and often contradictory political trajectory of three age-mates who first rose to prominence when they were part of the student representative council at Kenya’s oldest university almost thirty five years ago.

Today, each one of them is at the helm of a political formation which has carved for itself a niche on the national stage. One is at the apex of a portmanteau party bringing together the coalition parties which constitute the present day Kenyan regime, in power since the 2013 elections; another one heads the secretariat of the single largest political party and senior partner in the country’s official opposition; the third one leads an openly socialist and revolutionary entity, one of the oldest in the country.

Apart from being contemporaries at the University of Nairobi in the early 1980s and comprising part of the inaugural SONU administration, the trio has a shared history of having been arrested, interrogated, tortured and railroaded to maximum penitentiaries after hastily arranged kangaroo trials by hacks,apologists and apparatchiks of the Moi-KANU one party kleptocracy. Two of the three served single terms in parliament as elected MPs; all have contemplated vying for similarly prominent national positions including senator and governor. Still in their mid-fifties, all three seem destined to remain part of Kenya’s political landscape for the foreseeable future.


What lessons can one draw from their historic interventions and patriotic contributions to national processes and striving for a new constitutional dispensation and efforts to restructure and transform Kenya’s social, economic, cultural and political modes, mores, values and priorities over the past three decades?

The writer, Onyango Oloo, is not a detached scholar buried deep in the esoteric caverns of haughty academia but rather, a slightly younger activist contemporary with less stellar accomplishments who co-lived and shared part of the trials, travails and tribulations of the trio.


The writer makes the argument that Mwandawiro, Ong’wen and Murathe, given their shared undergraduate radical and militant past  and broad social democratic and patriotic  credentials; the SONU trio are uniquely placed, given their strategic vantage points at their respective political formations, to potentially shift and restructure the national ideological discourse and  lay the infrastructure providing the much needed framework to construct the nucleus of the Kenyan national democratic state so pregnant in the heady aspirations captured in the hopeful 2010 Constitution.

But will the trio’s subsequent political evolution, over the last three decades of intense and internecine partisan contestations for electoral dominance at the Kenyan national state levels, render any warm fuzzy notions of an imminent rapprochement and looming détente among the three SONU SRC Musketeers a whimsical, unlikely quixotic chimera?

Everyone has a date and a year they remember.
For some, it is the evening they got their first kiss.
For others it is the dawn they stared at the circumciser’s knife.
For married-and divorced-couples, the afternoon they exchanged their wedding vows.
For  some parents, the night their first child entered the world.
For widows-and the widowers like myself- the moment they lost a cherished partner.

For those of us who went through the harrowing ordeal of the failed 1982 coup, the indelible date that will forever reverberate in our craniums is August 1st.

It is therefore does not require 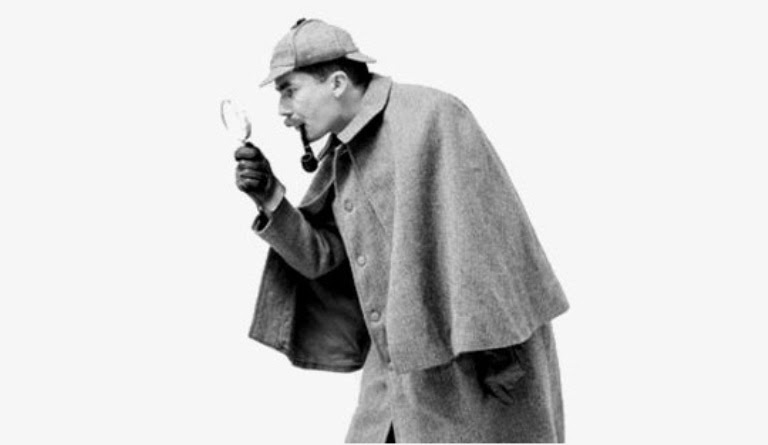 Perry Mason, Barnaby Jones or any other 20th Century paperback detective or television sleuth to discern or fathom the reason why a former Kenyan political prisoner who was plucked from his undergraduate studies in the aftermath of the futile takeover of the neo-colonial state would pick on August 1, 2015 to reminiscence on three comrades who were similarly and simultaneously traumatized by the same cataclysmic episode 33 years ago.

Let us replay the VHS videotape. Oduor Ong’wen, Mwandawiro Mghanga and David Murathe were all elected into the first government which formed the SONU administration at the University of Nairobi in 1982. I remember participating in those elections as a voter-the second time I had done so after voting in Mombasa Central in the 1979 parliamentary elections as a teenager. They immediately coalesced into the radical faction of the Students’ Representative Council, together with people like Justice Maurice Ogony, standing in stark opposition to conservative, status quo apologists like the late

Titus Adungosi, who was Born Again and

Isaac Ruto, the current Kericho Governor who we all suspected back then to be a secret police operative. The trio was quite popular among students, especially those like us who were hankering for militant revolutionary politics. I remember it was Mwandawiro who first introduced me to Marxist-Leninist theory and shared with me the very first “radio active” red hot, typewritten, cyclostyled and stapled copy of Pambana, the underground pamphlet of the clandestine December Twelve Movement whose leading lights, I was later to discover, were people like Edward Oyugi, Maina wa Kinyatti, Willy Mutunga, Alamin Mazrui, Kamoji Wachiira, Sultan Somjee, Ngugi wa Thiong’o, Adhu Awiti to name just a few.

The stories and ordeals of the SONU trio have been well documented: Today Oduor Ong'wen is the Executive Director of ODM, one of the largest Kenyan political parties.

David Murathe is the Chairman of the Jubilee Alliance Party, which aims to merge the two ruling blocs- TNA and URP.

Mwandawiro Mghanga is the Chairperson of the Social Democratic Party, one of the oldest in the country. Having been formed in 1996, it is actually OLDER  than  ODM, TNA or URP.

In campus the three were close comrades, part of the militant wing of SONU which in 1982 was practically Kenya's de facto opposition, especially after the hastily led constitutional amendment declared Kenya a one party dictatorship by law.
On the face of it, Murathe and Ong'wen head two political parties which are on the surface, diametrically opposed to each other, given the fact that Jubilee and CORD are officially, fierce electoral competitors, slated to go head to head come the  2017 Presidential, National Assembly, Senatorial and County polls.

Mwandawiro and the SDP leadership have been endeavouring since  2006 to transform the SDP from a social democratic parliamentary party to an explicitly Marxist-Leninist  formation with an unapologetic Communist world view.

Is there an ideological, pragmatic or programmatic basis for the three former U of N militants to work together?

One may be quick to dismiss the very notion.

Onyango Oloo, on the other hand, may not be so quick to jump to that impetuous decision.

Even after their university days,  Ong'wen and Mwandawiro have been close confidants and collaborators. They consulted closely and collaborated deeply  during the underground period between 1982 and  the mid 1990s. Even though I am privy to some of these activities,  ingrained feelings of  being "disciplined" operating on the "need to know basis" precludes me from blabbing about the little I know of that rich history. In our Leftist lingo, I would be committing the cardinal crime of "Liberalism" and believe me, it means something very different from the conventional dictionary definition of that  political term. In the  multi-party era, the two worked  openly together during the constitutional review process, in solidarity with Cuba, Venezuela, Algeria and on Pan Africanist causes. With Ong'wen (together with Prof. Edward Oyugi and Onyango Oloo) at the WSF 2007 Secretariat, Mwandawiro played his part in helping to  bring the World Social Forum to Kasarani, Nairobi, in January 2007.  When Mwandawiro Mghanga was the sitting MP for Wundanyi constituency,  Ong'wen and other veteran comrades from the  1980s era were regular visitors to the MP's homes both in Taita Taveta and Nairobi.  As far as  I know, there are NO ideological contradictions between the two comrades.

He first delved into multi-party politics as a keen supporter of FORD-Asili led by former detainee Kenneth Matiba, shunning the conservative DP which was basically a clone of KANU.

He was elected to parliament on an SDP ticket, the party Mwandawiro now heads-even though it is important to point out that Mwandawiro was NOT part of SDP at the time, and it was  still a mainstream social democratic formation.

Are there REAL ideological differences between Kenya's mainstream political parties?
My former lawyer (let me not get started on how he still owes me money from a 1987 case that I won against the Kenyan state)  now the Meru Senator Kiraitu Murungi once famously  quipped that Kenyan political parties are like matatus that are dumped once their occupants arrive in parliament. It is quite true that the main parties are generally, convenient electoral   vehicles  which morph into shells after the five year contests. Where is NARC? Where is PNU? Need I go on? We see TNA and URP in the process of being dissolved by their very founders in preparation for JAP. And we know that before TNA, Uhuru was the official leader of KANU and Ruto, having decamped from ODM briefly toyed with UDM.  I will not be totally flabbergasted if a CORD "party" rises from the ashes of ODM, FORD-Kenya and Wiper within the next eighteen months. I was once Secretary General of the SDP and I  know from  first hand experience that even after the 2007 elections, we had people sitting in the SDP Secretariat and the National Executive Committee who thought  that socialism was a LIABILITY which made it " difficult" to sell the party to the electorate!

My point is that in the current Kenyan political context, parties are very amorphous, ever changing entities where you witness Marxists rubbing shoulders with entrepreneurs who  quote Fukuyama with approval. You will find hard core capitalists who  can, on the other hand, cite with scientific accuracy the salient points of V.I. Lenin's One Step Forward, Two Steps Back.

Perhaps it is my incipient naiveté or just my  fondness for Mwandawiro, Murathe and Ong'wen at the PERSONAL LEVEL which still has a soft spot for them,  contemplating, nay,  day dreaming the impossible dream that the three, at some point may try working together beyond the confines of their respective political homes.

But then, the doctrinaire hard core Marxist-Leninist in me slaps me harshly awake and admonishes me to look at class, ideology and the science of building viable revolutionary  movements which can liberate Kenya from neo-colonialism and imperialism.

lolyta said...
This comment has been removed by a blog administrator.
11:13 PM