FORA and Sibanduki Are Mistaken


An Opinion by Onyango Oloo

A lobby group which calls itself “Friends of Raila” 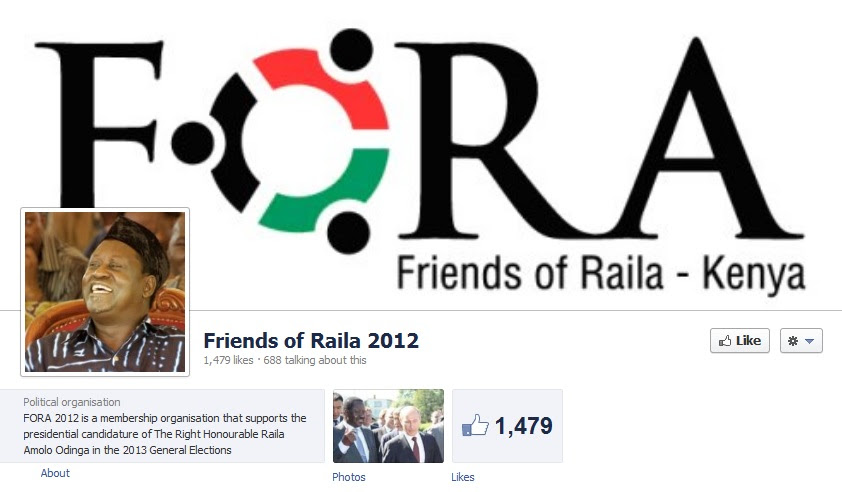 is “demanding” that Raila Odinga  MUST be a member of either the National Assembly or the Senate.

Otherwise they imply, the reform movement in Kenya is DOOMED.

Surely, FORA can NOT be true “Friends of Raila” for making such an arrogant, outlandish and undemocratic proposal.

I actually believe that both FORA and Sibanduki are seriously mistaken-ideologically, politically, strategically and tactically.

Let me explain myself.

In the first place, the former Prime Minister himself says he prefers to operate outside those structures for now.

More importantly, CORD went for a retreat-and we are talking about elected members of parliament, senate and other legislative bodies at the national and county levels- where this multi-party coalition deliberated on what would be the appropriate role of Raila Odinga in national politics and came up with that resolution suggesting that the former Prime Minister would be more effective pushing for reforms outside the legislative structures.

CORD represents the leadership of over ten political parties (including the wishy washy vacillating outfits) who in turn articulate the wishes and aspirations of millions of Kenyans who turned out to vote for Raila Odinga, Kalonzo Musyoka, Moses Wetangula and thousands of other elected representatives all over the country.

FORA and Sibanduki consist of UNELECTED individuals who volunteered to push for the Presidential bid of Raila Amolo Odinga.

It is laughable that these two self-appointed lobby groups can deign to “reject” the resolutions of CORD which at least has the legitimacy of speaking for the chosen representatives of millions of people.

In reality, FORA and Sibanduki should be seeking direction and guidance from CORD, not the other way round.

More than that it is simply NOT true that Raila would be more effective in the legislature than outside it.

Actually, the converse is true.

An MP Raila or a Senator Raila will be DIMINISHING his stature as a NATIONAL leader by going back to scramble at that level. Just a few days ago, Raila was practically the co-head of state, one of the two PRINCIPALS in the just disbanded Grand Coalition Government. It is a bit like Didier Drogba going back to Chelsea as Substitute # 14-only much worse because we are talking about Kenya’s destiny here, not some ephemeral soccer ambitions by an African immigrant in Europe. 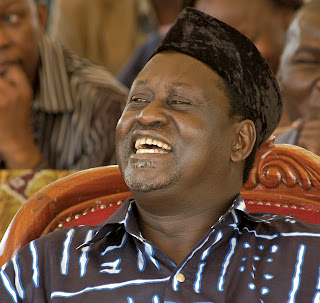 If Raila Odinga went back to parliament or was catapulted to the senate by forcing out an elected member or someone who was nominated based on the constitutional provisions catering for more inclusive representation of minority and marginalized groups, then it would actually be a double drawback-denying the people their chosen representatives.

I am astounded that both FORA and Sibanduki are apparently ignorant of the potency of Raila leading more effectively outside the national assembly and the senate.

This could be a conscious acknowledgment that FORA and Sibanduki do not take political parties and coalitions seriously.

Let us take a look at South Africa.

In that country, the ANC has been the governing party since April 27, 1994, having led the South African liberation movement for at least eight decades before that.

From day one, it was clear that it was the, the ANC PARTY which called the shots.

would serve ONLY ONE TERM before stepping down for a designated successor chosen democratically from within the ANC led movement.

When that successor, Thabo Mbeki, attempted to circumvent the party by building a power structure around theState and the Presidency, the ANC simply RECALLED Mbeki, replacing him first, with little known 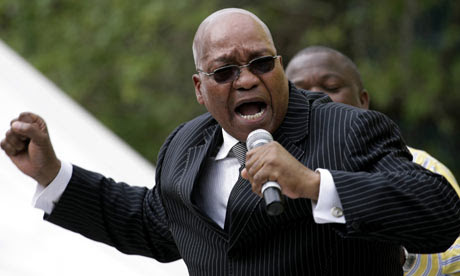 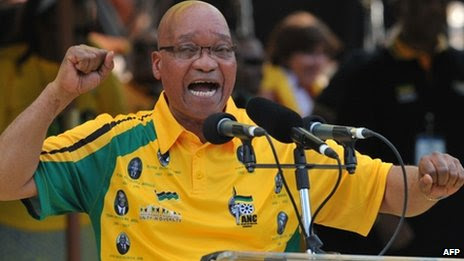 The ANC still reserves the right to block Zuma from another term as State President to make way for Cyril Ramaphosa-something that the party has so far not contemplated, but can not rule out.

The ANC recognizes that power emanates from the people through the party which in turn identifies suitable individuals for various elective and state positions.

Our Constitution says that Kenya is a multi-party democratic state.

CORD is a reflection of that constitutional precept with equal emphasis on the words “multi” “party” and “democracy”.

CORD was never meant to be a Raila vehicle to personal power.

It is the coming together of ODM, Wiper, Ford-Kenya and approximately ten other political parties to deepen the struggle for multi-party democracy, constitutional reforms and wider popular participation in Kenya.

CORD is definitely BIGGER than the Friends of Raila and Sibanduki.

I am convinced that Raila Amolo Odinga recognizes this fact and that is why the former Prime Minister agrees with and endorses the decision by CORD.

Strategically, Raila Odinga has  reached a point in his political career that he must ASCEND to the levels of Mwalimu Julius Nyerere and Nelson Mandela rather than descend to the levels  of Otieno Kajwang’, Ali Hassan Joho and Jakoyo Midiwo to name a trio that Agwambo has mentored over the years.

Tactically, CORD must use the National Assembly and the Senate to achieve those ideological and political tasks that those legislative arms are best suited for.

Raila Odinga, having co-HEADED the Executive arm until just a few days ago would be squandering his enormous clout by trying to wriggle back to parliament for instance.

In my opinion, Raila Odinga is best suited serving as the Field Marshall, rather than one of the Brigadiers and Colonels.

It is for these reasons that I believe that the CORD Summit should immediately crack the whip on the two errant pro-Raila lobby groups.

CORD should give FORA and Sibanduki the ultimatum of both apologizing and retracting their misguided ultimatum or failing to do that, DISBAND forthwith.

Posted by Kenya Democracy Project at 6:23 AM

Spot-on Onyango Oloo. FORA, Sibanduki, and indeed all lobby groups in the country must realize that the elections are now over. It is time to strategize and prepares to tackle governance issues in Kenya with a view to ultimately improving the lives of the common mwananchi.

As friends of Raila, they would do well to listen to Raila. He has said he wants to lead from outside. Raila is more experienced that all the members of these lobby groups. We agree with Raila and CORD' position because we thing that it is the best for the country under the circumstances. Siage Lameck, Embakasi Central, Nairobi.

Comrade Oloo, what happened to accomodation of dissenting views, free speech etc
what is this madness of "disbanding forthwith"? It reminds me of the dreaded kanu days….

FORA and SIBANDUKI, should keep their cool. The tail can not wag the dog. And by the way, they are very embarrassing to Raila that gang.

Thanks for all your comments.

Lameck, greetings. That was a great effort in the parliamentary campaigns in Embakasi. Kudos.

In terms of the other comments, let me just say this in passing:

As someone who spent many years behind bars for expressing a dissenting opinion, I would be the last to suppress any one's views. Remember I am not even part of the ODM power structure so I am unable to make any move against anyone.

Mine too, was just an opinion.

Double O, you write unbelievable well. Most coherent and cogent.