A whimsical look at colour by Onyango Oloo

In the aftermath of the massive, delirious and decisive YES victory following the August 4th Referendum that endorsed the new constitution for Kenya, the colour GREEN has shot up the local fashion/fabric popularity charts. And I am not talking about die hard politicos with their YES t-shirts and yes baseball caps. I am talking about young men and young women going out to the clubs to dance the night away.

I see a lot of green everywhere- it seems like Nairobi has been transformed overnight into a mobile, human tropical rain forest. And we thought that with the degradation of the Mau meant we had lost the climate change war!

Well, not to be outdone, I decided upon visiting my younger sister earlier today (Saturday, August 7, 2010) to ask her to be my "official photographer" and her drive way, my impromptu cat walk as I launched my "modeling career".

Here are the results of my humble efforts: 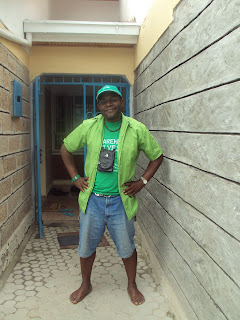 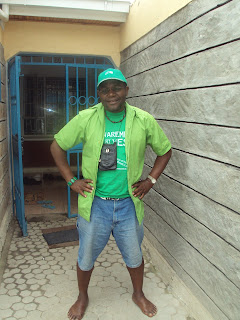 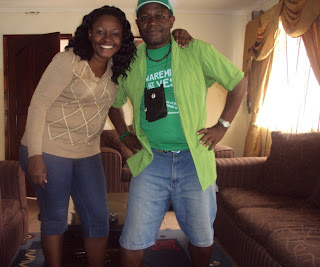 (That's my sister Awuori helping me pose in her living room)

Of Colours and Corporate Subliminal Advertising

Is it just me or does the green city in the sun seem unseemingly awash in green- which just so happens to be the colour of the YES side in the August 4th Referendum?

Just past the Museum Hill roundabout near the University of Nairobi there are three side by side giant billboards on your way to Westlands.

One is by the Kenya Power and Lighting Corporation featuring a woman in a full length green gown watering a lush green lawn.

The next one is by Alvaro punctuated by the green of the bottles containing their non-alcoholic drinks.

Then you have a huge one from Standard Charted with all the lettering done in green.

Back in town, not to far from the Globe matatu terminus there is this billboard featuring four young people- obviously portraying a pair of romantic couples on a vacation dressed in various shades of fashionable green.

There is no need to talk about Safaricom- they have always been green.

Is it a coincidence that at this time when the political atmosphere is sizzling with red/green battles the Kenyan corporate world has made green their colour of choice in their outdoor communications?

It needs to be borne in mind that the Kenya Private Sector Alliance and the Kenya Association of Manufacturers have all publicly and endorsed the new Constitution which was endorsed by almost 70% of the voters at the August 4th Referendum.

When one talks of subliminal advertising one is referring to those situations when an indirect message is being passed when a certain product is placed before your eyes.

Subliminal advertising can be very subtle because it does not shout out its direct intentions but rather gets to through your subconscious, percolating in the background of your mind making you make some key purchasing decisions without you even realizing it.

So what “product” is Corporate Kenya peddling through its green sub themes?

First and foremost, they are of course selling their brands- Safaricom, Alvaro, Standard Chartered and so on.

But at the secondary, subliminal level, I am convinced they are selling the new Kenyan Constitution.

At least that is what I think. 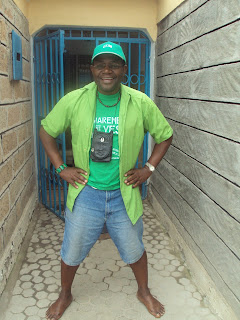 So the subliminal message here is.... expect to see Oloo on a billboard in the not-too-distant future :-)