Digital Essay by Onyango Oloo Spawned by HOURS of Television Watching on a Saturday...

Like tens of millions of music lovers around the world, I am saddened by the death of legendary R&B crooner Luther Vandross. Back in the 1990s Arsenio Hall used to joke that many children born from the 1980s had been conceived to a Luther Vandross soundrack.

News of Luther's passing has been carried in over 2000 news outlets from Malaysia to New Zealand.

Mkono wa tanzia to his immediate family- that FOX news has not wasted any time in trashing and blaming for his death.

His music remains in our personal libraries and collective memories...

However, this Saturday in early July was more than brightened by the hard-fought sweet victory of another African-American making history on the tennis courts of Wimbledon.

The following pictures tell more than half the story: 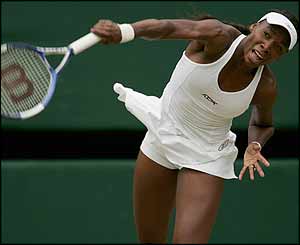 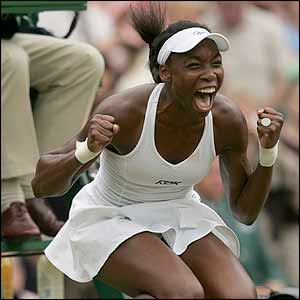 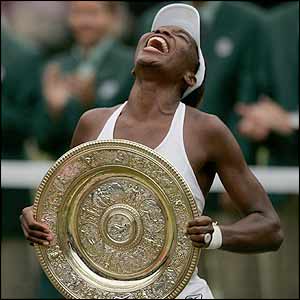 The Venus Williams victory, to millions of her(and Serena) fans like myself who watched it unfold live on television was a nail biting see-saw epic from the get go.

She said that a key factor in her victory was that she never doubted her ability to win and claim her place among the greatest names in tennis- male or female. Venus and Serena's father and mother can bask in the glory after all the hard work they did in helping to shape the two working-class, inner-city Black sisters into global superstars. 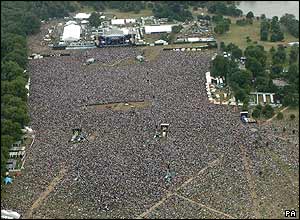 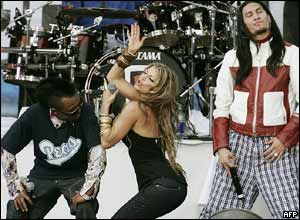 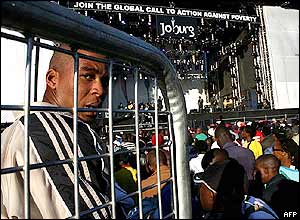 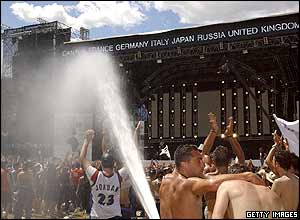 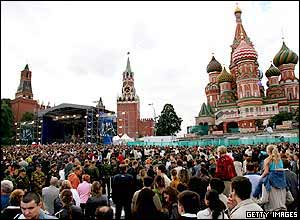 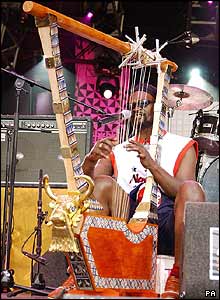 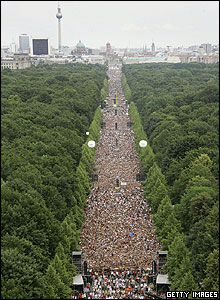 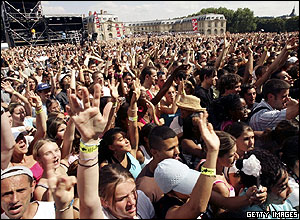 An initiative of former Boomtown Rats frontman Bob Geldof the event was mounted as we all know to raise awareness around the world about Africa's crippling debt burden and poverty and create a momentum for the 8 men who head the richest countries in the world to do something concrete by "forgiving" Africa's debts and doubling overseas development assistance.

I have already commented elsewhere about the politics and economics of debt relief so I will not repeat myself today.

Over here in Toronto and other parts of Canada, many Africans and friends of Africa are pissed off that the Barrie event is largely a lily-white event with token representation from the mother continent even though there are many, many talented and articulate musicians who could have been added to the list of performers today. The same criticism has been lobbed at Bob Geldof and other organizers of the London gig.

While CTV(Canada's largest private broadcaster who had the exclusive rights to screen the Live-8 concerts from which it is projected to rake in millions of dollars in ad revenues) had feeds from South Africa, Italy, Germany, Russia, the USA and France, it hardly veered from its focus on the Anglo stars in London and Barrie, just giving us mere glimpses of people like the Mahotela Queens, Zola and Lindiwe in South Africa.

Quite frankly I have very mixed feelings about this.

One the one hand I think that all these hundreds of artists who have volunteered their time and talent to this event should be congratulated for mainstreaming a dire issue that gets scant attention in the corporate media in North America and Europe. The majority of the people attending those concerts are apolitical and many of them may very well be hearing of the African debt burden for the first time-via the agency of their favourite ageing, Baby Boomer yester-year's rock star; obscure pop one hit wonders;up and coming hip hop starlets and a host of other near and genuine "celebrities." Microsoft(the company AND its products) SUCK, OF COURSE but I grudgingly admitted to myself that Bill Gates today had far more credibility on that London stage talking about eradicating Africa's poverty than a World Vision informecial rerun on the Global channel on a Canadian morning any day.

On the other hand, as I argued in my digital essay on debt relef, the very rationale of the Live 8 series of concerts is wobbly and faulty to begin with. Africa does not NEED to be "forgiven" for her Kilimanjaro high debts. These usurious loans are odious impositions from the North that should not have been contracted in the first place. Doubling overseas aid commitments will DOUBLE Africa's dependency to the West and deepen Africa's poverty, not end it.

Ironically, on this issue, anti-imperialists and socialists like myself find ourselves agreeing, but for DRAMATICALLY DIFFERENT reasons with right wing think tanks like the Cato Institute and The Foundation for Economic Education that have been lobbying their respective governments to curtail foreign aid on the ground that it does not work.

Where the above cited neo-conservative and right leaning "libertarian" think tanks develop their "no foreign aid" rants from a xenophobic, racist premise, those of us on the Left like the Toronto-based Wayne Roberts writing in alternative weekly NOW magazine, argue after sifting through the historical record of Africa's colonial and neo-colonial bonds with the imperialist West.

Unwittingly, all those well-meaning musicians led by Sir Bob Geldof and Bono of U2 may be actually setting the stage for the re-enslavement of African peoples and the recolonization of African countries under a pseudo-reformist capitalist "development initiative for Africa" profiting states like Britain and her G-8 allies more than it propels real, wananchi-centered economic growth, national democracy and social progress.

Onyango Oloo
Toronto
Posted by Kenya Democracy Project at 12:48 AM

Does anyone know anything about an affiliated Live 8 concert to take place in Kenya in August?

All About Debt Consolidation said...