Post-Election Violence in Nyanza: Killer Cops Must Be Punished

In the wake of the post election violence, the Waki Commission reported that 107 people were confirmed dead in Nyanza province, 79.9% of them having been victims of gun-shot wounds inflicted by the police. 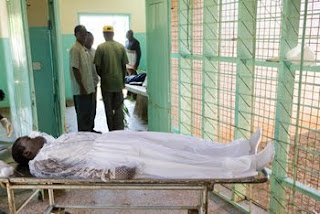 More than 747 are still nursing bullet wounds or other serious injuries. The Waki report confirmed that majority of the victims of police shootings were shot in the neighbourhoods, away from the Central Business District property that the police claim to have been protecting. The victims included innocent men, 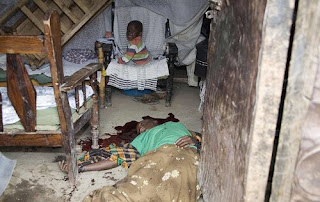 women and children, whose only offense was being residents of Nyanza. The report says that according to the provincial pathologist, 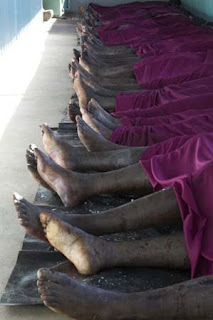 “53.6 % of the gunshot casualties had been shot from the back pointing to the inference that police shot people who were already in flight and not with an aim to immobilize but for purposes of killing and maiming.”

Extra judicial killings by the police during the post election crisis were not the first in Nyanza. 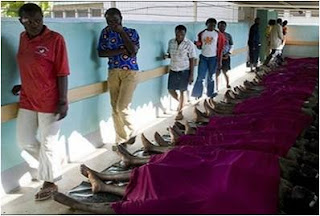 During the 2005 referendum campaigns, seven innocent people including school children in uniform were shot dead and several were left wounded in circumstances that could have been avoided if the Government respected the sanctity of human life. This is in addition to police killings that happened in Kisumu during the in 2003 during the saba saba demonstrations, in 1997 Saba Saba demonstrations, 1989 -1992 demonstrations for multi-party democracy, 1982 attempted coupe and 1969 Kisumu Massacre by President Kenyatta’s Guard.

It is disappointing that to date the Grand Coalition Government has not made any meaningful steps towards bringing to justice all those who were directly or indirectly responsible for all the successive extra-judicial killings in Nyanza province. The sole case that went to court was motivated by outrage from across the world after a police officer was caught on camera killing two innocent youth. But the people who gave orders for such killings are still free. 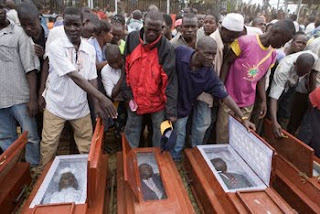 Even as the victims and relatives of the deceased continue to cry for justice, the Grand Coalition Government has never made an attempt towards supporting the families whose bread winners were killed. Many people who were injured are still suffering without any support towards their medical and other needs. The Government has never even found it appropriate to offer an apology to the victims, their relatives and the entire community, despite the fact that successive independent investigations have found its officers culpable on extra-judicial killings in Nyanza. At the same time, it is disappointing that whilst the National Accord, Kriggler Report and the Waki Report envisaged comprehensive institutional reforms as a way of protecting the ordinary citizens from police brutality, the half hearted moves by the Grand Coalition Government towards reforming the police service and the judiciary are a betrayal of the trust that the people of Kenya bestowed upon the Grand Coalition Government.

We must demand that incase of any further delay in formation of the special tribunal or reference, all the police officers who were responsible for extra-judicial killings in Nyanza during the post election crisis be arrested and charged in Court. Criminal and political responsibility should also be placed on all those who issued orders for the killings or failed to take action to prevent the killings. These should include police bosses and government officials at the local and national levels.

The people of Nyanza province must also demand that the police force be taken through total overhaul and that the Police Commissioner, Gen. Hussein Ali, who has epitomized the culture of impunity in this country, be held accountable. The culture of denial even where there exists incontrovertible evidence of omission and commission is a major stumbling block towards embarking on meaningful reforms.
Posted by Kenya Democracy Project at 3:55 PM

propostarous!
maj Gen Ali should take the blame as the chief commandant.Did he order the shootings, or those supporting the status quo had their fingures dirty and now shifting the blame on the innocent Somali Kenyan?

WHat defence can the police force come up with. I have heard the Police spokesperson(one Kareithi) cliam the shootings were in self defence, yet I do not agree on that statement.as clips of policemen shooting live bullets at innocent citizens appered on both local and national televisions.

kenya is marked for something more worse.I can not come to grips to this grim reality yet.