We, the undersigned condemn in the strongest terms the recent attacks on Njeeri wa Ngugi and Ngugi wa Thiongo.

Cognizant of the reality that our country Kenya is permeated by all manner of violence we locate this particular attack within this larger social, economic, political and historical context.

The incredible levels of violence under which Kenyans are living is directly related to the social, economic, and political dynamics in the country and yes, the world at large.

Poverty is a form of violence.

Just ask a child who dies a premature death or is stunted for life due to lack of adequate nourishment.

These high levels of poverty lead to all sorts of social decay.

Kenyans are living under various forms of violence or the threat therein. Even the compradors have to watch their backs in spite of all the security that they deploy in an attempt to protect themselves.

Not withstanding the fact that all Kenyans experience violence or the threat of it generally, we wish to speak to that particular violence that is gender specific, perpetrated by men, is sexualized and is targeted toward women and children.

The Kenyan media has reported widely on the increase of male violence against women and children. In just one day (August 18,2004) the East African Standard carried two such stories. One story titled “Shocking rape statistics in Central” filed by Evelyne Ogutu speaks to the outrageously high levels of rape in Central province. Antony Gitonga files the second story titled “Shock as father defiles daughters” and it speaks of the incest perpetrated by a widower against his 11 and 14 year old daughters.

Why do men rape?

Sexual assault runs on the same continuum as other forms of violence directed at women by men.

These include, but are not limited to, emotional and physical violence.

Rape arises out of the constellation of the deep-seated misogyny that is a hallmark of patriarchy.

The denigration of any thing female or feminine is one way in which misogyny manifests itself.

Rape can be used as a tool of violence within the personal/domestic context but also as a political tool. In situations of warfare such as was the case in Bosnia and Serbia in the 1990s, the mass rapes of Bosnian women by Serb forces demonstrated one of the ways in which rape is utilized as a weapon of war. Serb soldiers raped Bosnian women to humiliate their male opponents.

In this patriarchal logic, women are men’s property so to rape them is to humiliate their "owners". They raped them to impregnate them so that they could have “Serb” babies. Widespread rapes were also reported during the 1994 genocide in Rwanda.

What was the attack about?

Even though several items including a lap top computer, jewelry and hard currency was robbed from the Ngugis during the assault, it would appear as if theft was not the primary motive.

So what was the attack about?

How about the rape of Njeeri?

Was it meant to put Njeeri and Ngugi in their place?

Was it meant to emasculate Ngugi, who, according to the patriarchal script, “owns” Njeeri?

These two people but particularly the primary victim of rape, Njeeri, have made the incredibly courageous move of telling her story publicly.

As a conscious Kenyan woman, Njeeri recognizes that her own victimization cannot be removed from the victimization of millions of Kenyan children and women.

In the East African Standard of August 18, 2004 she is quoted as saying:

“It would have been very, very easy for me to … get on the plane and go to America and heal myself…"

Njeeri thought about hundreds of Kenyan women and children, who go through a similar trauma and do not have the resources to help them overcome the trauma.

Njeeri also recognizes that the silencing of sexual assault victims stigmatizes them.


For these and other reasons she decided to speak publicly about her experience.

We applaud our sister for the courage she has shown.

We offer our hands in solidarity and support as she continues to take the difficult, painful and remarkable road to recovery.

Even as we do so, we remember other Kenyan women and our sisters around the world who have had to deal with similar ordeals.

We all stand firm and strong in saying NO! to all rapists be they Kenyans or from any other part of the world. 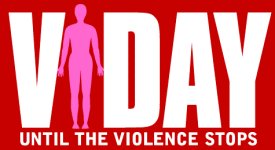 Here is the TEXT of the Zanzibar Declaraton
Posted by Kenya Democracy Project at 9:11 AM