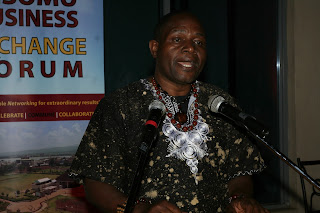 On the eve of my birthday, I went to a little shebeen next to the

Kibera Plaza, a few hundred metres in the vicinity of the

Law Courts in the Makina area of Kibra here in the Kenyan capital.

I was here to meet Dennis Ooko, a small business man who trades in second hand clothes at the nearby Toi market as well as boosting his income via a taxi that he recently bought. He had hired one of his cousins to operate it on his behalf.

Dennis and I have known each other since Saturday, August 19, 2006 when we met at Christ the King Community Centre, a Catholic run space where we had convened to sensitize people about the World Social Forum which was scheduled to be held in Nairobi’s Kasarani Stadium a few months thence. At the time, I was the National Coordinator of the Kenya Social Forum, the host organization which, in conjunction with its Ugandan and Tanzanian counterparts, had set up the East African Organizing Committee to prepare for this annual global event for activists and progressive people. My own involvement in the WSF process had picked up in earnest after some socialist comrades of mine back here in Kenya had sought me out across the Atlantic to convince me to leave my Montreal domicile to be a part of this historic event. I was interviewed, along with other candidates in East Africa and soon offered the job of coordinator.  Gladly accepting, I was soon to be on a Nairobi-bound plane. Touching down on October 28, 2005, I did not know at the time that this was to mark the end of my 18 year sojourn in Canada as a government assisted refugee, political exile and permanent resident who opted NOT to take up Canadian citizenship when I became eligible in 1991.

From our initial encounter through the mobilization of marginalized groups for the WSF, Dennis and I became very close friends.

In 2007 when my South African comrades active in the Johannesburg-based Khanya College invited me, in my capacity as Director of the fledgling Sankara Centre to  select half a dozen Nairobi-based activists to attend their two week long Winter School in July of that year (the southern winter takes place during the northern summer for those who may be getting confused), Dennis was among the folks I picked, along with the progressive hip hop musician who goes by the moniker Sinpare (a stage name coined in tribute his mother who SINgle PAREnted him) Valerie Mugure, a young dynamic lawyer who was a militant with the NCEC civil society group and others.

For some reason, it was Dennis I thought of looking up with reflections of my upcoming birthday looming in my mind.

We did not do much.

Emma Jalamo at the joint called Big Five located in that area of Kibra simply called “Garage” adjacent to the estate nicknamed “Fort Jesus”, not to be confused with the ancient Portuguese fortress later British colonial prison now Kenyan neo-colonial museum in Mombasa.

We had  ordered a simple lunch of ugali and goat stew and when it arrived we wolfed it down with Pilsner which we both partake of-even though I was slightly disgruntled because like most ex-Diasporans I take my beer cold whereas the rest of my compatriots INSIST on a   WARM beer, something which perplexes me to this day.

Having visited with Dennis (I am using “visited” in the context that my Southern Baptist American missionary teachers used to employ the term during my secondary school days in Mombasa in the mid to late seventies) it was time for me to head back to my humble one bedroom apartment in the Eastlands part of Nairobi.

Those who know me closely are aware that I married after my wife died in May 2007. I even blogged some romantic poetry about that situation.

Well, I am currently uncoupled, living in solitary confinement with two other people-me and myself.

And to use the threadbare cliché, it is not HER it is ME.

I would not rush to describe myself as “single” because that would be slightly misleading.

Let us just say that I am a recovering serial monogamist who is NOT looking for a spouse, a mistress, a nyumba ndogo, a mpango wa kando or a chips funga for that matter; I am not yet ready to “mingle” with a with a defrocked frisky female who, to use a risqué term, is as hot as a freshly f***ed fox in a forest fire any time soon.

I want to weigh the pros and cons of celibacy, although, given my long active sexual history (first had sex FORTY YEARS ago, at age 13-going downtown on a fellow teen-and only stopped for five years, and only because I was thrust kicking and screaming by the state behind huge maximum security penitentiary walls and I do NOT do my fellow men), I suspect that will be a rather tall order.

I am an early candidate to fail this crucial mid-life exam flat.

But we shall see, wont we?

I will provide an update of how I fared in that department when I am a year older.

That is an iron clad pledge.

My present outlook on marriage is to view that citadel of holy matrimony quite unlike the way an over confident antelope, a conceited guinea fowl, a ditzy quail or a not so smart hare would blithely ignore a fool proof snare cleverly constructed and camouflaged behind a thicket at the edge of a savannah forest by vicious indigenous hunters to trap the little beast for supper-if birds are also considered “beasts”.
But that was a by the way.

What I really wanted to talk about was how it feels like being a Jubilee offspring.

Now I do not mean that I am tied to the Jubilee umbilical CORD. 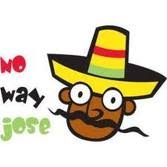 No Way, José (my dear Kenyans, please pronounce José as HoSay, that is how the Spanish speaking folks say it; NOT JOSE, like Joseph!).

I am still a dyed-in- the-wool Communist who is part of the SDP leadership.

But I am really a Jubilee child.

It is actually a friend of mine, who is a couple of years younger than I who a few months ago when we were chatting on

via our respective Android smart phones who  told me with a voice wafting from the shores of the Mediterranean:

“Oloo, you know, you and I are with Uhuru and the rest of our age mates, Jubilee kids.”

And she was referring to the decade when we were all born- or more precisely the first half of that decade, the SIXTIES.

We the children of independence, not quite Rushdie’s Midnight Children.

But irrespective of our ethnic or regional backgrounds, many of us were named after Kenyatta, Jomo, Odinga, Oginga, Nyerere, Obote, Kwame, Nkrumah, Lumumba, Sekou, Toure, Nasser, Kaunda and the like.

When I was a little boy, I remember my father lifting up beside a road lined on both sides by enthusiastic spectators to watch a bearded old man dressed in khaki shorts waving a fly whisk as he passed by atop a vehicle somewhere in Nairobi. Later on MY old man told me that the old man was Mzee Jomo Kenyatta and that it must have been 1963. When I was still the same little boy-it must have been 1964 or early 1965, I remember my grand pa, Isaya Oloo who bought and read Taifa Leo and Baraza every time it came out at the

Dudi Shopping Centre in the cusp of where Gem meets Kisa on the border of the former Nyanza and Western Provinces; I remember my delirious grandfather swinging me by little hands as he swayed from side to side singing off key:

But I also remember 1968, as a  Standard Two,  8 year old pupil going to Mariakani Primary School-not at the Coast but the one located in the Nairobi South B neighbhourhood, visiting my father during the second term school holidays at his work station as  the Officer Commanding Machakos G.K. Prison and rifling through his library and browsing through Encyclopedia Britannica and accosting such moth eaten tomes as  Gandhi: World Citizen; the Autobiography of Field Marshall Montgomery; the slim red covered volume, Is Communism the Answer?  And most fascinating of all, Not Yet Uhuru, by Jaramogi Oginga Odinga-all these books next to a neatly stacked pile of yellowing East African Standard in the vintage broadsheet format.

My aunt Alice, who was two years younger than my father, was my first teacher at the nursery class of the Railway Training School. She taught me to read and write by the time I was six years old. I was shocked the other day from a Nigerian friend called Mayowa Adeniran who put me on his mailing list; I was shocked to learn to read from him that

“a recent document verification exercise carried out by Edo State Governor, Adams Oshiomole revealed just how low the state of the Nigerian education system has sunk. In this video, Governor Oshiomole asked a primary school teacher to read out her own affidavit, and the result was shocking. The school teacher could not read her own document!”

Sorry, went off on an impulsive rant for a second there.

What I was struggling to say that we, the Jubilee Children of African Independence we have  gone from  giddy to disillusioned  to  cynical, only rediscovering our Afro Optimism as we gear up for our SIXTH DECADE on Planet Earth.

Today, as I begin my 53rd year I am very happy to be an African because I see a  bright future for this continent suffused with hope; I see economic prosperity and wealth dangling in our tomorrow especially in the wake of new mineral and natural resource discoveries in unlikely places like Mozambique, Somalia, Uganda, Tanzania and Kenya.

But first we must get rid of the Johnnie Come Lately electoral bandits who try to evolve into the sitting Presidents for life who endorse their fake poll victories.

But even as I hope I cringe with trepidation as I contemplate how the Information and Technological Revolution has also produced highly educated, well connected and networked Twittering Facebookers who spell “later” as “l8tr” and are always going “lol” when they read of a gang rape or a massacre.

What am I struggling to say?

Well, let me go and celebrate my birthday in town with some friends.

Happy birthday ndugu Oloo. You and I may not always agree on the political front. But there is no denying that our country and continent need you. May you live to celebrate many more birthdays.

Mr. Oloo,
may you see the sunshine to the fullest forever HAPPY BIRTHDAY Dear, pass my regards to your comrade jakaswanga thank you alot.
Joyce Apiyo from the Netherlands

Mr.Oloo it's beacuse of Jukwaa, your creation, I am a Language Teacher in Italy. Torino. Thanks to you and fellow Kenyans
as JAKASWANGWA! the Great ! Tichaz, Job, Nereah just to mention a few.
Thanks fom the depth of my heart. and May you have Many more .
I could not refrain from replicating. All the best Winnie Awino Italy.

the internet is your opium. while your age mates have made money many times over and built mansions in runda after years with you abroad, you are still ogling over keyboards typing away at irrelevancies.

Makemylove.com, India's leading matrimonial portal site strive hard to provide you the perfect match with a touch of tradition from a wide array of community, caste, city and much more for the global Indian community you can find your life partner with help of makemylove
matrimonials sites indiaCanada Matrimonial