How About a Kenyan Zvakwana?

Onyango Oloo Muses on the Possibilities of a National Mass Democratic Movement Inspired by a Southern Example...

A few days ago, on Tuesday March 22, 2005 to be precise, I accidentally stumbled across what is quite possibly the most exciting social protest group operating in Africa right now.

Zvakwana/Sokwanele and it is a grass roots movement whose Shona/Ndebele names translate to "Enough is Enough!"

Here is how they describe themselves:

Zvakwana/Sokwanele is a non-partisan, non-profit group of passionate people – volunteers and visionaries – working to keep Zimbabweans informed about breaking news, including civic campaigns and public meetings and events. We have an activist wing that engages in non-violent civic actions.
The words zvakwana and sokwanele are vernacular for "enough is enough".

What we stand for


This organisation intends to create space for freedom of movement and expression in Zimbabwe through acts that defy the repressive regime.
The organisation's objective is to achieve a system of governance that will:
•remove the propensity for human rights abuses,
•ensure the rights of the individual are upheld regardless of gender, religion, race, sexual orientation or political persuasion
The organisation will conduct itself in a manner that upholds the International Charter of Human Rights and be guided by the recently formed International Court of Law.
The organisation is committed to non-violent means of expressing its civil disobedience activities.

Activities will be undertaken in a manner that takes cognisance of the oppressive environment currently imposed on the country by a repressive regime and its unjust laws.

We call on all Zimbabweans to take courage and defy any person, state authority, organisation or business that infringes the basic rights of you, your family and your loved ones.

Zvakwana describes itself as a street level action group which uses civil disobedience to advance their goals.

On this link you will see 7 guidelines for non-violent civil disobedience.


The group is NOT NEW. There was an article that appeared about Zvakwana almost a year ago in the London Observer.

And here is an article on Zvakwana that was carried by the progressive news wire, IPS in October 2004.

The Zimbabwe Independent had this to say about the group while the Zimbabwe Observer noted the following...

The Financial Gazette from the same country covered Zvakwana's plans to spoil the vote during the upcoming March 31st elections in Zimbabwe.

Radio Netherlands did the following story on Zvakwana while pointing out the class limitations defined by the digital divide in Zimbabwe.

Earlier this month they took direct aim at one of Mugabe's key African allies, Thabo Mbeki of South Africa in this frank and blunt statement. 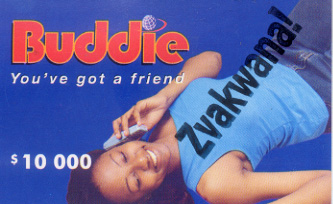 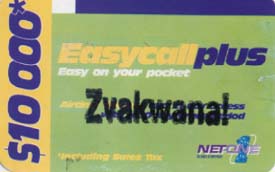 together with recharge cards...

And is connected to the independent radio station SW Radio Africa.

Z revolutionary condom whose motto is "Get Up Stand Up!" a phenomenon that has seen Mugabe's regime accuse the UNITED STATES of fighting the ZANU-PF administration with 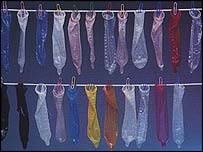 by Zvakwana itself as well as the American based manufacturer of the condoms.

Zvakwana/Sokwanele is active as we write these lines. Here is something they posted on their website today, Friday, March 25, 2005.

Can a Zvakwana Sprout in Kenya?

In a sense, the revolutionary clandestine tradition in Kenya goes back longer and deeper than Zimbabwe which became an independent nation only in 1980. By that time, there was already a vibrant underground scene in Nairobi, Mombasa and other parts of Kenya. Whether they went by monikers like the March 2 Movement, Cheche Kenya, the December Twelve Movement, or later the Kenya Anti-Imperialist Front, Mwakenya, Me Katilili, the February 18th Movement and other covert formations, all these groups had one thing in common- they were all patriotic, anti-capitalist and democracy seeking and all of them identified with the most effective underground movement in Kenya's history-the Kiama Kia Muingi that coordinated the Mau Mau War for National Independence in the 1950s.

After the horrendous state thuggery and repression against Kenyan activists between 1982 and 1987, several cadres of the above movements left the country to set up cells in exile locations like Dar es Salaam(the birth place of the Me Katilili Revolutionary Movement on June 8, 1988- I know because I drafted the original manifesto together with the late Kaara wa Macharia, Adongo Ogony and others) Harare (the headquarters of the Kenya Anti-Imperialist Front whose leading lights including Prof. Micere Mugo and Dr. Shadrack Gutto) London (the based of Ukenya whose core members included Ngugi wa Thiongo, Abdilatif Abdalla, Wanjiru Kihoro, Yussuf Hassan, Shiraz Durrani, Wangui wa Goro and others) New York (the lair of the Muungano wa Kupigania Demokrasia Kenya with key cadres being the late Mwakdua wa Mwachofi,, Wangari Muriuki, Mwangi wa Githinji and others) Dar es Salaam again( an external regional headquarters for the regrouped Mwakenya with folks like the late Mwangi Thuo, Kinyua, "Mao" and others.

Of course things have changed considerably in the last eighteen years or so. One of the most significant turning points was the historic victory wrested by the stubborn democratic struggles of the Kenyan people which forced the Moi dictatorship to repeal section 2 A of the constitution in December 1991 to pave the way for the reintroduction of legal multi-party politics and even more significantly the December 2002 electoral victory that swept away the 39 year old KANU dictatorship. Our people's collective national struggles have widened the democratic and political spaces to an extent that would have been unimaginable during the dark days of one party state terror.

At the structural level, many of the above named underground stalwarts are now leading members of Kenya's vibrant civil society sector- a fact which is simultaneously a blessing and a curse.

It is a blessing in the sense that for instance when Onyango Oloo was in Nairobi between September and October 2003, he could simply walk into the offices of the Kenya Human Rights Commission and he would have access to any computer at KHRC- including that of the then Executive Director himself- Willy Mutunga. He could take a matatu to the offices of SODNET and access the research materials done by comrades like Prof. Edward Oyugi or go over to the Release Political Prisoners joint and hang out with former Kamiti, Dar es Salaam and Nairobi comrades in arms who were now running one of Kenya's most effective pressure groups- that is when he was not visiting Njuguna Mutahi at People Against Torture, Muthoni Wanyeki at FEMNET or Oduor Ongwen at ECONEWS Africa. Onyango Oloo could and did call the residence of the Wundanyi MP, Mwandawiro Mghanga home and was welcome to spend the night at the home of a veteran anti-imperialist couple of Kenyans of South Asian heritage.

In other words, this was in sharp contrast to the time in 1994 when I was in Nairobi and some comrades literally could not afford to get on the bus to attend a workshop in South B. The activists of the 1980s had become more stable and institutionalized and many of the things we used to sneak and lurk about in years past were considered too mild by the younger, even more militant activists of the 21st century like Amanya Wafula, Dorcas Atieno, Gitahi Githuku and other stalwarts of the Kimathi Movement.
But here was the Achilles Heel of the Kenyan civil society sector. As we have pointed elsewhere, the fact that many of these NGOs, CBOs and human rights/social justice groups were fueled by funds from American, Canadian, British, German, Swedish, Norwegian, Danish, Japanese and other overseas donor agencies often made them bite their tongues as they navigated "safer" avenues of political involvement or coddled their former NGO colleagues like Kivutha Kibwana who now found themselves emerging as intolerant hawks in the venal Kibaki administration.

Nevertheless, there has been a dramatic sea change since the beginning of 2005. The honeymoon between the NARC regime and sections of the Kenya civil society sector appears thankfully to be over as old comrades seek each other again for bouts of frank engagement. The consolidation of the Multi-Sectoral Forum on Reform aka the Yellow Movement is the clearest indicator that things are looking up in a positive way as far as grass roots political organizing is concerned.

Objectively, the conditions for the emergence of a Kenyan version of Zvakwana are already present:

At the recent opening of parliament police clubbing peaceful pro-democracy protestors to a bloody pulp;

John Michuki (who was a notorious anti-Mau Mau police torturer in the 1950s) ordering Kenyan police to shoot to kill;

The continued stonewalling on the constitution;

The repressive state tactics used against the Maasai and other indigenous groups fighting for their land rights;

The reemergence of the so called "ethnic clashes";

The mushrooming of grand graft in the Kibaki kitchen cabinet;

The expose by Amnesty International that the Kenya government is a loyal junior partner helping the United States to torture and otherwise violate the rights of people alleged to be "terrorists";

The vocal voices of militant Kenyans in Sweden, Canada, the United States and around the world;

Taken together all these factors have led to a situation where the democratically elected government of Mwai Kibaki is now employing the same fascist tactics of the Moi-KANU dictatorship to stifle dissent.

The upshot of all this is that it is not only possible, but more importantly NECESSARY for a Zvakwana to sprout in Kenya.

How to go about this?

Well, if it is going to be a real Zvakwana, I am hardly going to blab and blather about its structure and logistics, vision and goals, strategies and tactics on this public blog, am I now?

PS: Please check out this article by Dr. Patrick Bond and this other one by Prof. Gerald Horne for additional critical perspectives on the Zimbabwe situation.

Onyango Oloo
Montreal
Posted by Kenya Democracy Project at 12:58 AM

Jah Bless...Greetings to you.i am French and have been a Marley fan even before i could understand any english.......now the Legend is watching over us and on this earth Alpha Blondy has replaced him.... I want to say two things wich i hope are gonna be readen...I do not believe in one God, i believe in humanity........Racisme is beyond me.i don't understand it.....I am 42 yrs old woman, i have known 3 GREAT SOLDIERS OF PEACE IN MY LIFE: Jean-Paul 2 (John-Paul 2) even if i disagree with the methods of the Vatican and the church, the MAN Himself was a great man, THEN , Bob Marley and now Alpha Blondy, Each one of them in their own way are showing us the path to peace and harmony...but, are people ready to LISTEN? (beside that, Alpha in his song "les chiens", means the "men on the top" , the deciders...) Best regards . Luna

Working as a Research Assistant for the University for Peace Africa Programme, I have been tasked with identifying photographs for use in a forthcoming publication. I recently identified a photograph from your website that my colleagues and I think would prove helpful. I am therefore requesting permission for use of some photographs- one of Zimbabwean women involved in a protest march and another of a group of people partaking in a protest, both found on http://demokrasiaKenya.blogspot.comaccompanying the article "How About a Kenyan Zvakwana?". We will, of course, note appropriate credit in accordance with copyright clearances.

In this regard, I need to know who to address the request to and how to contact the person.

Thank you in advance.