1st Lady Should Run for Presidency

Oloo Unleashes Some HOT Gossip from Within State House Nairobi

First of all, kudos to John Githongo for winning a well-deserved international award for his campaign against grand graft within the pig sty known as the NARC government.

Let me get rapidly to the point of this short digital intervention.

I think it is high time

First Lady Lucy Kibaki declared her intentions publicly to be the President of this country.

She should announce her candidature now, because it will give her a head start.

Why do I urge Mama Jimmy to go for the top seat?

Because she is currently acting as President of Kenya ILLEGALLY.

I think that if she persists, then someone should go over to the State House and ARREST HER for impersonating the current President.

But that was for the former President, Mwai Kibaki, not the current illegal "President" Lucy Muthoni Kibaki.

Even dictator Daniel arap Moi, as despotic as he was, used to go through the motions of holding periodic parliamentary and presidential elections to give himself legitimacy as the head of state.

Lucy Kibaki should not be an exception:

If she wants to rule this country, she would submit to the voters and see if they endorse her.

This piece has been inspired by the news earlier today that

Rueben Ndolo a Nairobi MP from the ruling NARC coalition was arrested and grilled by the police over an unflattering rendition of a classical Kenyan tune from the twist era.

It is said that the gist of Rueben Ndolo’s so called slur was to declare that Mwai Kibaki is dormant and that it is Lucy Kibaki who is at the steering wheel. In fact, a certain colleague of mine,when I caught them on their Safaricom mobile somewhere in the Nakuru area, even tried to sing the same song to me:

In 1975 Jean-Marie Seroney was detained by Jomo Kenyatta when he backed up fellow legislator Martin Shikuku’s charge that KANU “was dead”. The late deputy speaker calmly asserted that there was no need to “substantiate the obvious”.

What is the big deal about Ndolo’s song?

Why should he even be arrested for singing a song?

That is just ridiculous!

If anything, what Reuben Ndolo said was VERY MILD compared to the stuff which is COMMON KNOWLEDGE IN ALL THE MAJOR TOWNS OF KENYA.

For instance, quite a while ago, a VERY WELL CONNECTED SOURCE from within Nairobi gave me the following insight into the Lucy Kibaki-Mary Wambui-Mwai Kibaki soap opera:

BEFORE the 2002 elections, Mwai Kibaki and Lucy Kibaki were PRACTICALLY ESTRANGED and almost OFFICIALLY SEPARATED from each other as husband and wife. They did not even share the same roof according to my Deep Throat in the Kenyan capital. The only reason they were not divorced, was because Lucy is a staunch Catholic.

It would appear as if Mary Wambui was married off to Kibaki at the behest of Kibaki’s own relatives to stem the years of physical violence unleashed on the Othaya MP by feisty Lucy Muthoni.

I am further informed that the moment Mwai Kibaki got elected President of Kenya things changed dramatically on the conjugal front. As we all know, former President Daniel arap Moi had lived for years estranged from his first wife Lena who was kept as a virtual recluse somewhere in the Rift Valley, where she wasted away, her only friend the trusted bottle.

So Kibaki was going to be different.

Appearances were going to be kept up.

Lucy was told that she would be officially the First Lady, but she would be confined to Kibaki's Muthaiga home. Mary Wambui would be quarantined in her Nyeri mansion while Mwai Kibaki would be the sole tenant at State House. Apparently all three Kibaki partners in marriage agreed to this subterfuge.

Let us not forget that Kibaki had been seriously injured in that mysterious accident just before the elections.

Remember the story from January 2004 of Kibaki being hospitalized?

Remember the media pictures of a very sickly Kibaki with his arm in a sling?

Well, apparently, it was NOT the accident that dispatched the Kenyan head of state to the hospital in January last year, oh, no.

My Deep Throat informs me that actually the arm injury which required a sling was caused by a chair thrown at Kibaki by a furious Lucy Kibaki who had reportedly barged into State House, Nairobi to find the "other woman" (actually an official second spouse) Mary Wambui with the President.

If this is indeed true, then Lucy Kibaki should have been arrested and charged with attempted murder in my opinion.

My source in Nairobi reveals to me that Kibaki was so far gone in terms of his health at that time that he quickly suffered TWO STROKES and that the extent of his injuries would have been impossible to disguise had he stayed at the hospital for much longer. So, I am told, that arrangements were quickly made to retrofit State House with medical facilities to the point where a part of the State House is now practically an Intensive Care Unit catering to the particular needs of our invalid head of state.

The Nairobi Deep Throat asked me if I remember the day Kibaki tried to “play golf” as part of a disastrous photo opportunity to which the denizens of the local and international media was summoned. I said I did not because we actually do not get KTN, KBC, Nation or Citizen TV here in Montreal. DT(for short) tells me that the scene was comical and embarrassing as the President swung and missed THREE TIMES with Lucy’s face a reading in contorted and suppressed rage.Folks, the man in the State House is not the sharp minded Finance Minister from the Kenyatta and Moi eras. This is a forgetful grandfather who cannot recognize his own cabinet ministers and has been given to bizarre outbursts like the perplexing kumbafu swearing episode against his innocent driver.

Our President is a severely weakened politician who goes to bed at 9pm and wakes up at 9 am , having rushed through another upper middle class British setting where that

dolt Bertie Wooster is being once ago salvaged by the inimitable Jeeves. 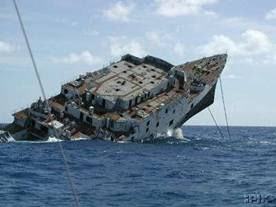 the Sinking Ship of State, we should remember that we are dealing with a very sick individual who has NO CONTROL over his family affairs- Deep Throat tells me on authority that it was LUCY KIBAKI who authored and signed the first note outlawing Wambui and Wangui and hints strongly that she could have had a hand in the second note. Deep Throat minces no words when DT informs me that the First Lady long ago decided to go for hers and cut out her marital rival.

Lucy Kibaki is not the only person in the State House kitchen who has taken advantage of Mwai’s poor health to push their devious personal agendas. The other NAK lynch pins like my former lawyer Kiraitu Murungi have taken this opportunity to throw their own spanners in the Katiba works, while other fat cats have seen this as a cue to launch an Open Season of State Looting and Plunder.

Can you identify the following CORRUPT minister from the NAK faction?

Just before the elections he was living in a flat around the Adam’s Arcade area with a monthly rental of KShs. 23,000. At one point he was about six months in arrears and was threatened with eviction. Fast forward to his salad days as a powerful minister close to Kibaki. One day, in his arrogance, he walks into a bank with, get this, 70 million shillings in cash, to deposit.

Who is the fellow?

Neither of his two well known names starts with the letters D, K, T, A, R, or P.

You know what I think?

I think that Mwai Kibaki should voluntarily step aside as President on grounds of ill health, or if he refuses, then he should be promptly removed from that office constitutionally. Moody Awori should act as President and use that occasion to DISSOLVE this DOOMED NARC government and call for fresh elections under the new Katiba.

Onyango Oloo
Toronto
Posted by Kenya Democracy Project at 3:12 AM

That's a nice article right thurr but I dont think Uncle Moody would be a good choice to replace the current but circumstance-claimed ex president of Kenya his (or is her) excellency u know whom. I think Kalonzo though not the best is better than this crocs bana. Ngilu aint too bad but are we ready for a mama to lead???

I think this is a good article but I dont think Uncle Moody is a great choice to replace the current, circumstance-made ex, president of Kenya. I think Kalonzo though not the best would be a better choice than most of these crocs. Ngilu sio mbaya sana but the way I know we, Kenyans, are we ready for a "Presidentress"?

Pretty good article. Kenyans are tired of this Lucy-kifaki soap opera. we need a fresh start. I agree Kalonzo will do it for now even though he doesn't seem to be aggressive enough for the job. At least he's got some sense in him. Old folks just need to go.
Rono, GA